Not Satisfied with Covid Handling, Hundreds of Prisoners Burn Prisons in Thailand

Not Satisfied with Covid Handling, Hundreds of Prisoners Burn Prisons in Thailand

Hundreds of prisoners torched Thai prisons during two days of rioting over the handling of the Covid-19 cluster. Several inmates were injured as officers tried to restore order.
Ummatimes - Thai prisons are overcrowded and have exceeded capacity. Authorities are trying to prevent the spread of the Covid-19 virus inside prisons. According to the Department of Corrections, more than 87,000 inmates have been infected with Covid-19, with 185 deaths.
Reports say that about 400 prisoners in prisons in southern Thailand went on a rampage starting Thursday (16/12) night. They demanded that inmates who were exposed to the Corona virus be transferred. This prison has a population of over 2,100. Of these, about 300 people have tested positive. 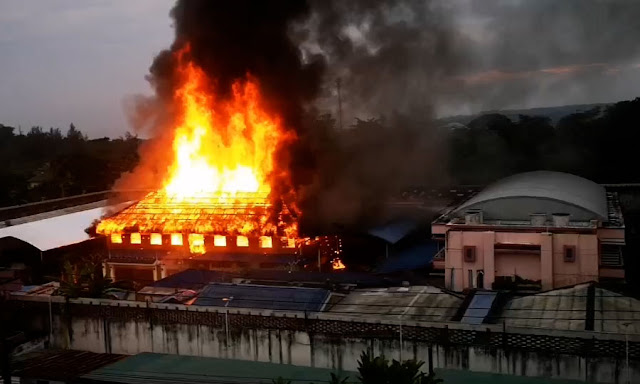 After protesting, the inmates burned their beds on Friday (17/12) night. After this fire incident, police officers arrested 31 people.
The deputy spokeswoman for the national police, Kissana Phathanacharoen, said the detainees had been taken to a high-security prison. "There were no fatalities, only minor injuries," said Phathanacharoen, reported by Alarabiya, Saturday (18/12).
Local media reported 14 inmates were injured by rubber bullets. According to the Department of Corrections, nearly 93 percent of Thailand's 281,535 inmates have been fully vaccinated.