The foreign ministers of member countries of the Organization of Islamic Cooperation (OIC) will hold an extraordinary meeting on Afghanistan in Islamabad, Pakistan on December 19, 2021. The High Commission of the Islamic Republic of Pakistan in Malaysia, Amna Baloch made this point at a meeting with the media and NGOs at his official residence Pakistan House Jalan Persiaran Stonor Kuala Lumpur, Wednesday.
"The government of Saudi Arabia, in its capacity as chair of the OIC Summit, announced the initiative to convene an extraordinary session of the OIC Council of Foreign Ministers, to consider the situation in Afghanistan," he said.
Ummatimes - Amna Baloch said Pakistan welcomed the initiative and offered to hold a meeting in Islamabad on December 19, 2021. "The aim of the OIC Assembly of Foreign Ministers is to convey the solidarity of Muslims towards the Afghan people," she said.
To ensure that the OIC as the collective voice of Muslims, he said, it needs leadership in mobilizing humanitarian aid and establishing mechanisms for collecting and disbursing support. and the potential for economic collapse," he said. 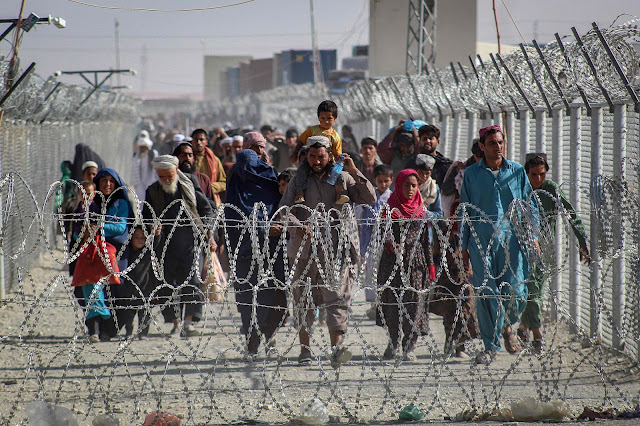 This meeting, he said, is to draw attention to the international community about the humanitarian tragedy in Afghanistan which invites the potential to worsen the security situation, spur instability, generate a mass exodus of refugees and affect international peace and security. others include the UN and P5 (at the reprehensif/special envoy level)," he said.
Since 15 August 2021, Pakistan has been involved in intense diplomatic efforts among which prime minister contacted world leaders, Foreign Minister Qureshi visited Afghanistan's neighboring countries (Iran, Tajikistan, Uzbekistan and Turkmenistan). In addition, promoting and establishing the Moscow Format Meeting, hosting the Troika Plus Meeting (USA, Russia, China, Pakistan) (with the participation of the acting Minister of Foreign Affairs of Afghanistan). Then carrying out bilateral engagement with Afghanistan.
"Our message to the international community is to keep fighting constructively and find ways to alleviate the suffering of the Afghan people. Pakistan has stressed the need for steps to ease financial and banking restrictions so that humanitarian aid can flow in an affective way," he said.
Pakistan continues to provide humanitarian assistance to Afghanistan consisting of essential food items, medical supplies and shelter facilities. "Our goal is a peaceful, stable, united and prosperous Afghanistan that contributes to regional peace, economic integration and connectivity," he said. .