Olaf Scholz was sworn in as Germany's new chancellor on Wednesday. He replaces Angela Merkel, who has served for 16 years.
Ummatimes - Scholz, from the Social Democratic Party, was elected chancellor by parliament along with his new coalition partners, the Greens and the Free Democrats. The 63-year-old career politician got 395 of the 707 total valid parliamentary votes, more than the 369 votes he needed to secure the position. 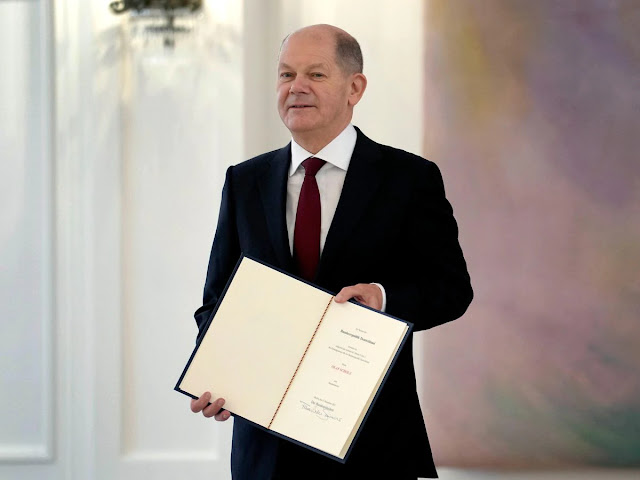 Coalition members of the Social Democratic Party (SPD), the Green Party, and the Free Democrats (FDP) have a total of 416 seats in the Bundestag (parliament).
The Social Democrats narrowly won the Sept. 26 election over Angela Merkel's Christian Democrats, and managed to hammer out a coalition deal with the two smaller parties after months of negotiations.
Germany's longtime chancellor, Angela Merkel, is not running in the election, and she is quitting politics. Merkel, Germany's first female chancellor, is serving the second longest term of the century, after Helmut Kohl, who has served 11 days longer than her.