A top Pakistani Taliban leader, Maulvi Faqir Mohammad, escaped unscathed from a suspected drone or drone attack on a safe house in eastern Afghanistan, Thursday night (16/12) attack came a week after the ceasefire between the Tehreek-e-Taliban Pakistan (TTP) and the government collapsed.
Ummatimes - Two TTP sources said Mohammad was the target of a drone strike on a compound in Chawgam village, in the eastern province of Kunar which borders Pakistan. The source said that when the attack occurred Mohammad was not at the location.
"Maulvi Faqir Mohammad was not present (at the site) at the time, two Pakistani Tehreek-e-Taliban fighters were injured," a source said, quoted by Al Arabiya, Saturday (18/12).
The compound is used as a base by TTP militia from Pakistan crossing the border with Afghanistan. Mohammad was arrested by the US-backed Afghan government. 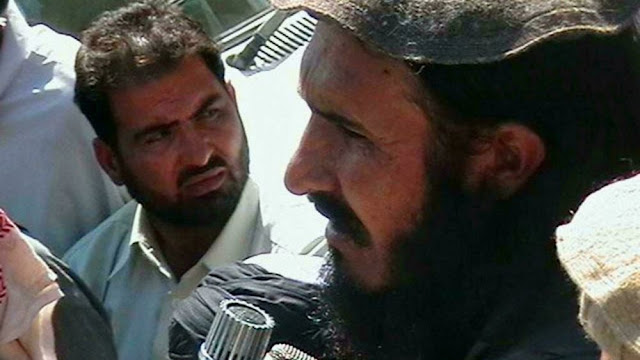 Mohammad spent many years in Afghanistan's notorious Bagram prison. He was later released after the Taliban took control of Afghanistan in August.
So far, it is not known who was responsible for the drone strike. TTP spokesman Bilal Karimi said the attack was an explosive fired from the ground.
The TTP is a separate movement, but shares roots with the Taliban in Afghanistan. After being formed in 2007, the TTP has plunged Pakistan into a period of horrific violence.