More than 18,000 troops and emergency personnel carried out a combined search and rescue after the strongest typhoon hit the Philippines. This disaster caused severe damage in the central and southern regions.
Ummatimes - The deployment of the emergency team on Saturday (18/12) came when the death toll from Typhoon Rai rose to 21. Meanwhile, people in the affected areas asked for basic needs assistance.
Typhoon Rai, locally known as Typhoon Odette, was a super typhoon that hit the eastern island of Siargao on Thursday (16/12), with maximum winds of 195 kilometers per hour. More than 300,000 people were forced to flee their homes when the storm hit the central and southern Philippines. 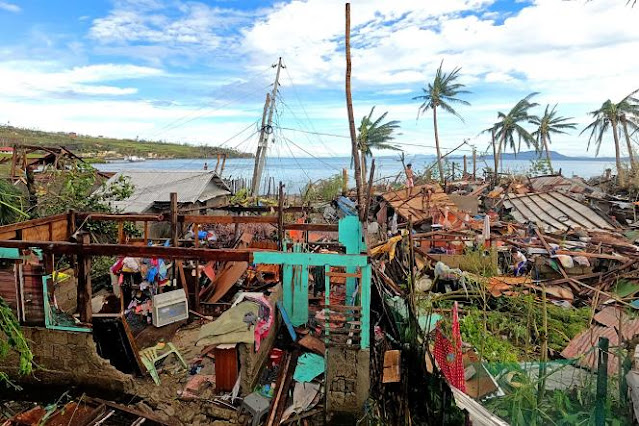 The storm has also cut off communications in a number of areas and knocked down concrete power poles. National disaster agency spokesman Mark Timbal said there had been extensive damage on Siargao island as well as in Surigao town on the neighboring island of Mindanao. "Communications are still cut off in Siargao and Surigao," Timbal said, quoted by Al Jazeera.
The Philippine Coast Guard posted photos on social media showing widespread devastation around the city of Surigao. Aerial footage shows swathes of rice fields inundated with water.
Dinagat Province Deputy Governor Nilo Demerey said the storm had killed at least six people in his region. He described Hurricane Odette as very powerful.
"Residents are trying to repair their houses, because even the evacuation center has collapsed. They couldn't find shelter anywhere else everything was destroyed. Siargao, Surigao and Dinagat islands suffered the same fate, we ask for help," said Demerey.