Pope Francis Calls for Dialogue to Avoid Conflict in Ukraine

Pope Francis Calls for Dialogue to Avoid Conflict in Ukraine

Pope Francis spoke about the tensions between Russia and the West in Ukraine. He called for serious international dialogue to avoid armed conflict.
“Weapons are not the way to go. May this Christmas bring peace to Ukraine," Pope Francis said in his address to thousands of worshipers in St. Peter's Square, Sunday (12/12).
Ummatimes - The G7 member states will reportedly warn Russia of grave consequences if it dares to attack Ukraine. The foreign ministers of the G7 member countries are known to be holding a summit in Liverpool, England.
"Russia should have no doubt that further military aggression against Ukraine will have grave consequences and severe costs," read a draft statement with the G7 foreign ministers confirmed by multiple sources. 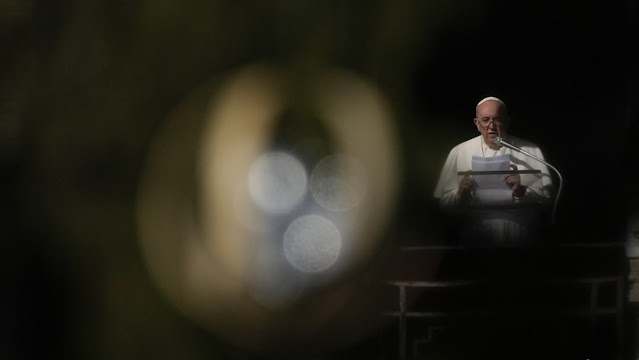 Previously, the administration of US President Joe Biden had warned of dire economic consequences if Russia launched an aggression against Ukraine. But Moscow has denied reports that it wants to attack Kiev. Russia has accused the US of trying to make the situation worse.
Currently Russia and the North Atlantic Treaty Organization (NATO) are involved in tensions in Ukraine. NATO guarantees full support to Kiev against a potential Moscow attack.
Relations between Ukraine and Russia have been strained since 2014, when anti-government mobs succeeded in ousting Ukraine's pro-Russian former president, Viktor Yanukovych. The riots also occurred because there were also pro-Russian separatist groups there.
Later the pro-Russian group was involved in armed confrontations with the Ukrainian army, especially in Donbass. In 2015, Russia and Ukraine, along with France and Germany, signed the Minsk Agreements.
One of the points in the agreement is the implementation of a total ceasefire in eastern Ukraine. However, Moscow is deemed not to have complied with and fully complied with the agreement. This caused Russia to be subject to economic sanctions by the European Union.