Russian President Vladimir Putin and US President Joe Biden have agreed to hold more talks, amid tensions over increasing Russian troops near Ukraine. The Kremlin said Sunday that, at some stage, Putin would like to meet Biden face-to-face.
"(We) will definitely meet each other, I really want that to happen," Putin told Biden, according to a short video released on state TV channel Rossiya 1.
Ummatimes - The Kremlin said in a video conference on December 7 that Putin and Biden had agreed to hold more talks. In particular, talks focused on East-West bloc relations, which have slumped to their lowest levels since the end of the Cold War.
In the video call, Biden warned that the West would impose economic sanctions if Russia invaded Ukraine. While Putin has demanded assurances that NATO will not expand its influence into the east. 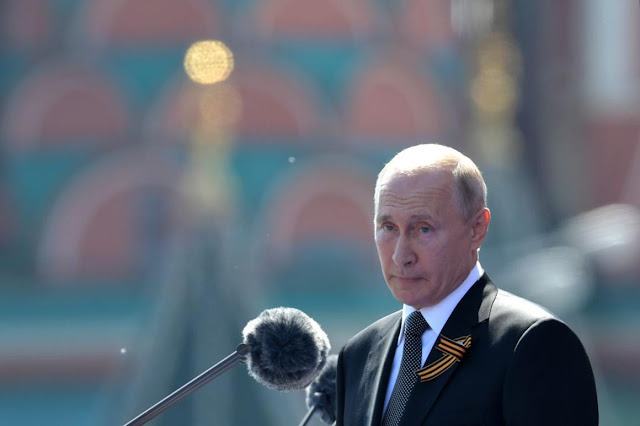 The Group of Seven (G7) member states on Sunday warned of grave consequences if Russia attacked Ukraine. In a meeting in Liverpool, the G7 delegation condemned the deployment of Russian military forces near Ukraine.
“Russia should have no doubt that further military aggression against Ukraine will have grave consequences and considerable losses. We reaffirm our commitment to Ukraine's sovereignty and territorial integrity, as well as the right of every sovereign state to determine its own future," the draft statement said.
US intelligence assesses that Russia could be planning a multi-front attack on Ukraine as early as next year. This attack can involve up to 175,000 military troops. The Kremlin denies that it plans to invade Ukraine. The Kremlin says the West is overshadowed by Russophobia.
The G7 countries consisting of Britain, France, Germany, Italy, Japan, Canada and the United States, as well as representatives from the European Union called on Russia to reduce the escalation. They urged Russia to take a diplomatic route, and abide by its international commitments on the transparency of its military activities. "We reaffirm our support for the efforts of France and Germany in the Normandy Format to achieve the full implementation of the Minsk Agreement in resolving the conflict in eastern Ukraine," the draft said.
In 2014, Moscow began supporting separatist forces in eastern Ukraine against the central government. This policy has been maintained for the last seven years. The European Union has implemented restrictive measures in response to the Ukraine crisis since 2014. Currently, as many as 185 people and 48 entities are on the European blacklist for violating Ukraine's territorial integrity and sovereignty.
Europe has also imposed separate economic sanctions on Russia's financial, energy and defense sectors. Because Moscow is reluctant to fully implement the 2014 Minsk Agreement which was meant to build peace in eastern Ukraine.