On Monday (20/12/21), Russia expelled two German diplomats from its country. The move came in retaliation for Germany's earlier actions that had expelled Russian diplomats.
The diplomatic conflict between Moscow and Berlin this time was sparked by a Russian man accused of killing the Georgian man in 2019 in the German capital. The court decided to sentence the perpetrator to life, and alleges that in carrying out his actions the perpetrator was involved with officials of the Russian secret service.

The expulsion of diplomats between Russia and Germany has further put the relations between the two countries in a tense tone. Russia decided to do so as a symmetrical response because previously, Germany had expelled two Russian diplomats.
The Russian Foreign Ministry has summoned the German ambassador in Moscow. They said that the decision was made in accordance with the steps already taken by Berlin.
The ministry said, "The German ambassador was informed that two diplomatic employees of the German embassy in Russia were declared 'persona non grata' in a symmetrical response."
There was no detailed information about the decision, such as when the two German diplomats had to leave Russia. When Germany expelled Russian diplomats, they gave them one week to leave German territory.
However, the Russian Foreign Ministry warned that Moscow would continue to respond in kind to any "potential confrontational moves (made) by Berlin." 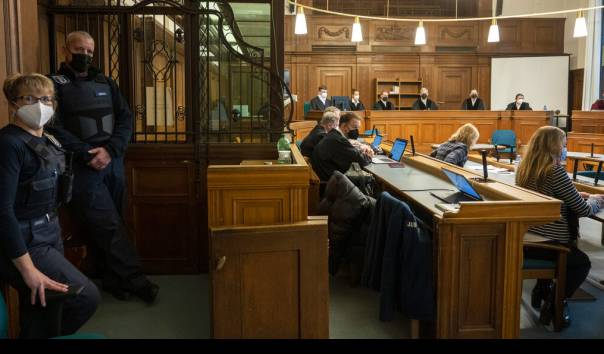 2. Germany is not surprised by Russia's move

For Germany, the decision to expel two of its diplomats from Moscow is seen as a step that does not come as a surprise. According to Deutsche Welle, Germany's foreign ministry said "this move is not surprising, but completely unwarranted from the point of view of the (German) federal government."
Germany, which is a member of the European Union (EU) bloc and a member of NATO, is in a difficult relationship with Russia. The German government also criticized the expulsions as a step to worsen already fragile relations.
Berlin said "today's decision by the Russian Foreign Ministry places a new strain on relations."
When Germany was still led by Chancellor Angela Merkel, the country was often a liaison when the EU and NATO became embroiled in tensions with the Kremlin. Although there were several frictions, Merkel and Vladimir Putin on several occasions seemed to be able to have friendly discussions.
However, Germany is currently led by a new Chancellor, Olaf Scholz. He is establishing a foothold for his foreign relations. Germany's newly appointed foreign and defense ministers have taken a fairly tough stance on Russia, particularly in the area of ​​the Ukraine crisis.

3. Why did Germany and Russia expel each other's diplomats?

The decision to expel diplomats between Russia and Germany at this time was triggered by the murder of a Geogia man with ethnic Chechnya in a park in Berlin. The murder took place in 2019.
The perpetrator is a Russian citizen who goes by the pseudonym Vadim Sokolov. Upon investigation, his real name was Vadim Karasikov. During the trial for about four months, it was concluded with witnesses and evidence that the perpetrator had orders and support from Russia.
Court judge Olaf Arnoldi ruled that the killing was an act of "retaliation" against the victim for being hostile to the Kremlin. The court then sentenced the perpetrator to life in prison.
The court's decision led German Foreign Minister Annalena Baerbock to call Russia a "gross violation of German law and the sovereignty of the Federal Republic of Germany." He expelled two Russian diplomats who were strongly suspected of assisting the perpetrators in the murder.
The Russian side denies the accusations and says the Berlin court's decision was politically motivated and influenced by anti-Russian attitudes.