Russia submits a list of demands to NATO, this is the attitude of the US

Russia submits a list of demands to NATO, this is the attitude of the US

Russia is seeking legal guarantees that NATO will cease all military activity in Eastern Europe and Ukraine. This request is on a list of security guarantees that Moscow wants to negotiate with the West.
It was the first time Moscow made demands that they thought were necessary to reduce tensions in Europe and defuse the crisis in Ukraine. Western countries accuse Russia of stockpiling troops on the border with the country with plans to stage an invasion. Russia denies planning to invade eastern Ukraine.
Ummatimes - The demands contain elements that have been rejected by Western countries. Like Russia's veto on Ukraine's future membership in NATO.
Russia has also requested that the US remove its nuclear weapons from Europe. Moscow also demanded that the multinational NATO battalion be withdrawn from Poland and the Baltic states that were once part of the Soviet Union such as Estonia, Latvia and Lithuania. 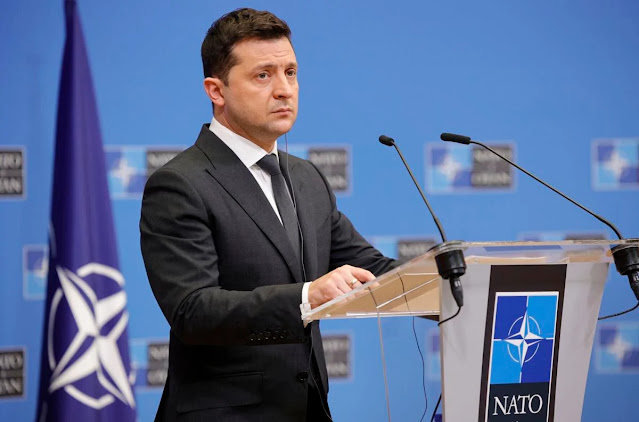 In Washington, a senior US administration official said the United States was ready to discuss the proposal. "(But) reportedly in the document there are things that Russia already knows will not be accepted," he said, Saturday (18/12).
The official said Washington would respond to Russia's list of demands in the coming weeks with more concrete proposals for talks of any format. Meanwhile White House spokeswoman Jen Psaki said Washington would talk to its allies.
"We will not compromise the main principles that build European security, including that all countries have the right to decide their own future and foreign policy, free from foreign interference," Psaki said.
NATO diplomats say Russia cannot have a veto over the expansion of the security alliance. In addition, NATO also has the right to decide its own military posture. "Russia is not a member of NATO and cannot decide on matters relating to NATO," said Polish Foreign Ministry spokesman Lukasz Jasina.