Saudi Arabia is an important donor for many countries, how much is the donation?

Saudi Arabia is an important donor for many countries, how much is the donation?

The head of the United Nations Office for the Coordination of Humanitarian Affairs (OCHA) Martin Griffiths praised Saudi Arabia's steps through the King Salman Center for Humanitarian Relief and Assistance (KSrelief) in supporting Yemen and alleviating the suffering of its people.
Ummatimes - According to him, Saudi Arabia is not only an important donor to Yemen. More than that, Griffiths said, Saudi Arabia is also an important donor to all countries that need help.
This was conveyed by Griffiths after his visit to the KSRelief headquarters on Wednesday, referring to the great achievements of Saudi Arabia through KSRelief in Yemen.
Griffiths added that Saudi Arabia's efforts in Yemen are like clearing Yemen of Houthi mines by rehabilitating children recruited for the Yemen conflict.
In addition, KSRelief also presents a food security support program and the improvement of the Yemeni health sector. 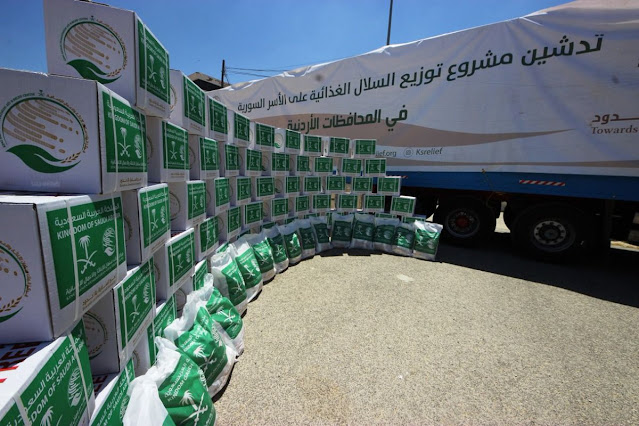 "In addition to efforts to combat the spread of the Covid-19 virus pandemic and limit the risk of virus transmission," he said, quoted from Asharq al-Awsat, Thursday (16/12).
Griffiths also extended appreciation to the Kingdom of Saudi Arabia for its generous financial support to the United Nations Office for the Coordination of Humanitarian Affairs (OCHA) and other United Nations agencies. Saudi Arabia will have a central role in the future administration of OCHA.
The cooperation between the agenda and KSRelief, according to Griffiths, has several aspects and is not limited to funding alone. The two sides are working together to combat some of the challenges associated with providing assistance to beneficiaries.
This is especially the case for humanitarian work that focuses on neutrality and non-discrimination. Griffiths also said the Kingdom of Saudi Arabia will next year head the presidency of the OCHA Donor Support Group.
Previously, in 2020 Saudi Arabia was awarded the Arab Red Crescent and Red Cross Organization (ARCO). The first class Abu Bakr Al-Siddiq Award was given to King Salman during a reception in Riyadh on Wednesday (1/1/2020).
In addition, according to a report by the Saudi Press Agency, as reported by the Saudi Gazette, this award is an acknowledgment of the pioneering humanitarian role of the Kingdom, which topped the list of donor countries with aid exceeding US$40 billion (or about 555 trillion rupiah) over the past 15 years. until 2019.
On that occasion, King Salman appreciated ARCO's role in humanitarian work. Meanwhile, in his speech, Secretary General of ARCO, Saleh bin Hamad Al-Tuwaijri, thanked and appreciated the assistance the Kingdom provides to those affected by disasters and crises and the King's efforts at regional and international levels to reduce human suffering.
“The Kingdom tops the list of donor countries and allocates from its national income the highest percentage of aid compared to other donor countries, as statistics show that the amount of Saudi aid exceeds 40 billion dollars distributed among 124 countries on all continents over the past 15 years. ," he added.