The UK government on Friday (12/24/2021) said it would relax immigration rules for social care workers, care assistants and home care workers. This decision follows the advice of the Migration Advisory Committee (MAC) which requested visa facilities for foreign workers in this sector which is experiencing shortages after Brexit and the COVID-19 pandemic.

The government will add care workers to the job shortage list, which is designed to help migrants get work visas to fill a labor shortage sector. The easing is expected to take effect early next year and will last for a minimum of 12 months.
By being included in the list of shortages, nurses will be given a minimum annual salary of 20,480 pounds sterling. Workers can come with dependents, including spouse and children, there will be then a visa to help with the process.
Workers will speed up immigration arrangements and there will be a reduction in visa fees. Currently the cost of a health and care worker visa is £232 per person for those staying up to three years and £464 for those staying for more than three years. Visas can last up to five years before needing to be extended.
Health Minister Sajid Javid said these steps would help a program that has been running since September, which ensures better social awareness.
These visa concessions were seen as short-term relief and the government was asked to remedy long-term stresses in the social care system.
Home Affairs Minister Priti Patel said the visa change was expected to ease pressure on the care worker sector. 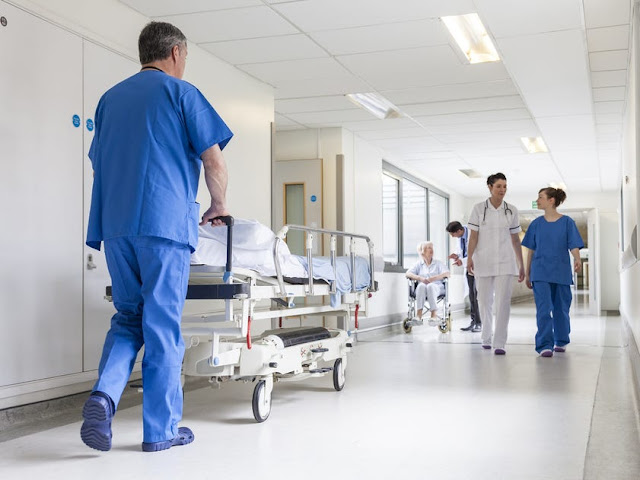 Social care providers in the UK have expected the sector to be heavily understaffed, especially after it was announced that health workers would be fully vaccinated on April 1 and nurses were also exhausted by the pandemic.
The COVID-19 pandemic is seen as exacerbating shortages in the sector that have existed since leaving the European Union (EU), which prevented workers from EU countries from being visa-free to work.
According to the Nuffield Trust, an organization that aims to improve healthcare, the number of nurses has decreased by about 42,000 between April and October.
Sam Monaghan, chief executive of MHA, the UK's largest charitable care provider, said shortages made 19 per cent of its care homes unable to accept new residents, and left many older people in hospital longer than they needed to or unable to access care. desired, quoted from ITV.

According to The Guardian, the Home Office on Friday announced it would continue a visa scheme to allow seasonal horticultural workers to come to the UK until the end of 2024. The policy will provide 30 thousand visas for the next year, that number will be lowered by 2023.
Although continuing to facilitate this visa, the government said it wanted to overcome dependence on foreign workers. According to a report by the Ministry of Environment, Food and Rural Affairs, dependence on foreign workers has depressed wages and created disincentives for investment.
Environment Minister George Eustice said seasonal labor had existed in the UK for a long time before ending membership in the EU, he said the government wanted to upgrade skills and attract domestic workers.
Eustice says he recognizes that in agriculture there are unique and seasonal requirements for labor at harvest and has discussed this with industry to find out what is needed.
The UK has previously made it easier for visas to address labor shortages in other industries, such as a shortage of truck drivers and workers in the poultry sector.