Health officials in South Africa in a statement on Friday (17/12) local time said that the Omicron variant, which is currently the dominant variant in the country, is less virulent than the previous variants. However, South Africa continues to experience a rise in new cases of COVID-19.

1. The number of people who need oxygen is lower than the previous COVID-19 wave period

Local health officials say the rate of COVID-19 infection is soaring across South Africa as a result of the highly mutated Omicron variant, but that fewer people have died or required hospital treatment compared to previous waves of the disease.
An expert from the National Institute for Communicable Diseases (NICD), Dr. Michelle Groome, said Friday local time that hospitalizations had not increased in recent times.
"We're starting to see some improvement, but a relatively small increase in mortality," explains Dr. Michelle Groome, quoted from Aljazeera.com. 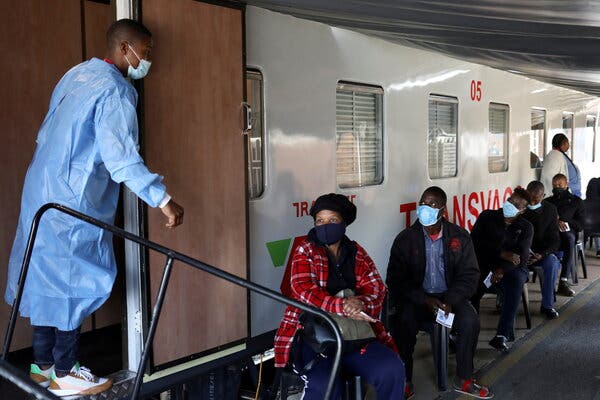 Another expert from the NICD, Dr. Wassila Jassat, said the number of people who needed oxygen was actually lower than the previous COVID-19 wave period.
South Africa's Health Minister, Joe Phaahla, said the data did not mean that the Omicron variant was less virulent, but rather a vaccine that prevented serious illness.
About 31 per cent of the population in South Africa are fully vaccinated, but the number rises to 66 per cent for people over the age of 60. People older than that are most at risk for serious symptoms.
Local scientists also remain unsure how dangerous the Omicron variant is, but preliminary data suggests it could be more vaccine-resistant and more infectious than the Delta variant.

2. WHO chief says it is wrong for people to think of the Omicron variant as a mild disease

The head of the World Health Organization (WHO), Tedros Adhanom Ghebreyesus, said that it was wrong for people to think of Omicron as a mild disease.
Another senior WHO official also warned that the Omicron peak could occur in the next few weeks as it spreads rapidly.
He also added that current evidence suggests the vaccine does not fail to protect against Omicron at all and does offer some level of protection.
Vaccine expert from the University of the Witwatersrand, Shabir Madhi, cites a completed seropositive survey in South Africa's Gauteng Province, which has become the epicenter of the Omicron variant outbreak, showing that 72 percent had been infected and had experienced COVID-19 before.
That's more than 3 times the previous infection rate detected by a similar survey during the last 2020 Beta variant outbreak where seropositivity was 20 percent.
While Madhi says emerging evidence points to the fact that Omicron is more infectious and better able to evade protective antibodies, she suggests other mechanisms at work in infection-acquired immunity could explain lower hospitalization rates and severe illness.
Addressing the issue of whether Omicron is lighter than some previous variants, Madhi said the high levels of prior exposure meant experts were unable to make meaningful head-to-head virulence comparisons with Omicron compared to some of the other variants.

3. Number of COVID-19 cases in South Africa to date

As of Thursday (16/12) local time, South Africa had the number of COVID-19 cases reaching 3,255,816 cases, with details of 90,262 cases ending in death and 2,954,919 cases ending in recovery.
On the same day, South Africa experienced the addition of 24,785 new cases, with 36 cases ending in death. Last Sunday (12/12), South Africa had reached a record high new addition of 37,875 new cases.
The discovery of the new variant sparked alarm that it could lead to another spike in global infections as well as causing many countries to impose travel restrictions on the South African region.
The country led the voices in condemning the unjustified and counterproductive travel ban, as scientists also expressed concern the restrictions would deter other countries from reporting findings of new variants for fear of facing similar restrictions.
Health Ministers from the G7 countries on Thursday called for international cooperation in dealing with Omicron, which they described as the biggest threat today to global public health.