South African President Cyril Ramaphosa has tested positive for COVID-19 and is receiving treatment for mild symptoms, his office said.
According to Al Jazeera, Ramaphosa, who has been fully vaccinated, felt symptoms on Sunday (12/12/2021).
He left a state memorial service for the late President FW de Klerk in Cape Town because he wasn't feeling well.
Ummatimes - The 69-year-old president is now in quarantine in Cape Town and under the supervision of the South African Military Health Service.
Ramaphosa delegated all responsibilities to the Vice President of South Africa, David Mabuza.
The presidency did not say whether Ramaphosa had been infected with the Omicron variant of the coronavirus. 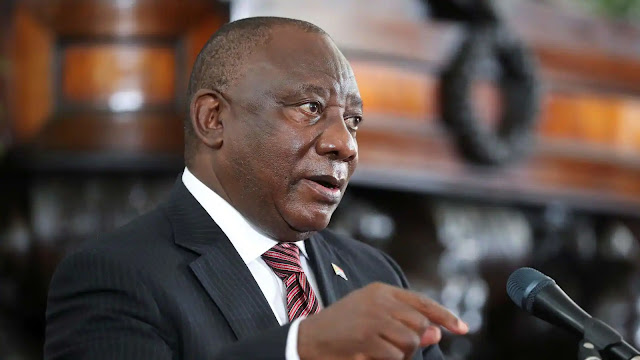 Omicron, a highly mutated variant, which was first detected in South Africa last month, has sparked global panic.
The Presidential Delegation tests positive for Covid after returning from Nigeria
The presidency said Ramaphosa and his team had been tested for COVID-19 several times in the last week.
It is known that last week, the President and his team visited four West African countries.
Several presidential delegates tested positive for Covid in Nigeria and immediately returned to South Africa.
For the remainder of the trip, Ramaphosa and his delegation tested negative.
"The president and the delegation returned to South Africa from the Republic of Senegal on Wednesday, December 8, 2021, after getting a negative test result," said Ramaphosa's office.
"The president also tested negative upon his return to Johannesburg on December 8," he said.
The statement quoted Ramaphosa as saying that the infection itself served as a warning to all citizens about the importance of getting vaccinated and staying alert for exposure.
"Vaccination remains the best protection against severe illness and hospitalization," the statement said.
"People who have been in contact with the president today are advised to watch for symptoms or take the test themselves," he added.
South Africa is currently battling a rapid resurgence driven by the Omicron variant, health officials say.
In early November, South Africa recorded about 200 new cases, but infections began to rise dramatically soon after.
The country recorded more than 18,000 new confirmed cases of COVID-19 as of Sunday evening.
More than 70 percent of cases are thought to be from Omicron, according to a genetic sequencing survey.
So far, most cases have been relatively mild, and the percentage of severe cases requiring oxygen is low, doctors said.