South Korean Foreign Minister (South Korean Foreign Minister) Chung Eui-yong said South Korea had effectively agreed with the United States (US) on a draft declaring the end of the Korean War, Wednesday (29/12) local time. Speaking at a news conference, Chung said US Secretary of State Antony Blinken had reaffirmed effective progress in reaching agreement on the draft.
A spokeswoman for the US State Department added that the US had no hostile intentions toward North Korea and was prepared to meet without preconditions. "We hope that the DPRK (Democratic People's Republic of Korea) will respond positively to our outreach. We continue to consult closely with the Republic of Korea, Japan, and other allies and partners on how best to engage the DPRK," the spokesperson said. 30/12).
Ummatimes - The plan was aimed at ending the Korean War which broke out on June 25, 1950, when North Korean troops invaded across the 38th parallel separating North and South Korea. 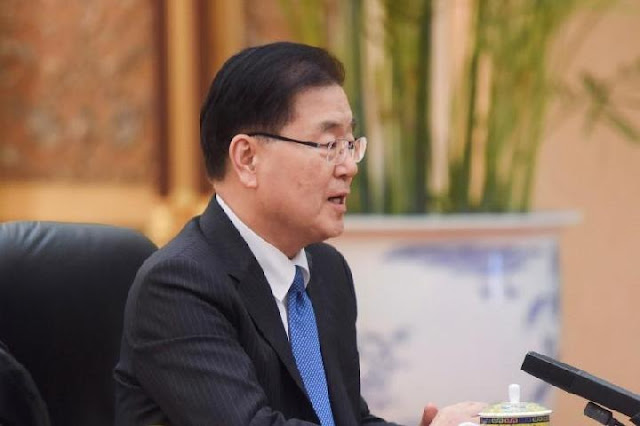 The United States supplies about 90 percent of the troops sent to help South Korea and spends about $67 billion on the war.
The armistice signed on 27 July 1953 only ended the conflict. But the war never officially ended because there was no peace treaty.
In September, North Korean Deputy Minister Ri Thae Song said South Korea's call for an end to the Korean War was premature. This is because the US hostile policy towards Pyongyang is still real.