South Korean (South Korean) President Moon Jae-In said his country, North Korea (North Korea), the United States (US) and China had agreed in principle to officially declare the end of the Korean War, Monday (13/12). But talks have not started because of Pyongyang's demands.
Ummatimes - The Korean War lasted from 1950 to 1953. This war ended in an armistice rather than a peace treaty. North and South Korea have technically been at war since then with each country backed by China and the US. The two neighbors are locked in strained relations. 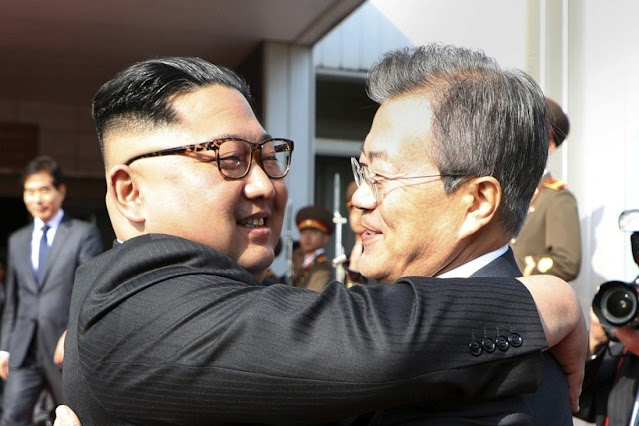 In September, North Korean leader Kim Jong-un's sister, Kim Yo-jong, signaled her country could be open to talks. But that can only happen if the US cancels what it calls a hostile policy towards North Korea.
Moon said North Korea had set the request as a precondition for discussions. "Therefore, we cannot sit down for discussions or negotiations on a declaration, we hope that talks will start," he said.
The South Korean leader has made engagement with North Korea a cornerstone of his presidency. Moon has previously argued that a formal declaration to end the war would encourage North Korea to give up its nuclear weapons.