The Swedish government will require visitors from other Nordic countries to present a vaccine pass. Sweden is tightening its borders as the number of coronavirus infections creeps up and concerns over the Omicron variant.
Ummatimes - Sweden has seen an increase in the number of infections in recent days, but still below most European countries. The Scandinavian country reimposed a number of social distancing rules and authorities said additional steps would be taken if infection rates continued to rise.
"The new Omicron virus variant complicates how the virus will develop, in Sweden our position is relatively better, but even here the infection rate and the burden on the health system are rising," said Swedish Health Minister Lena Hallengren at a press conference Thursday (16/12). . 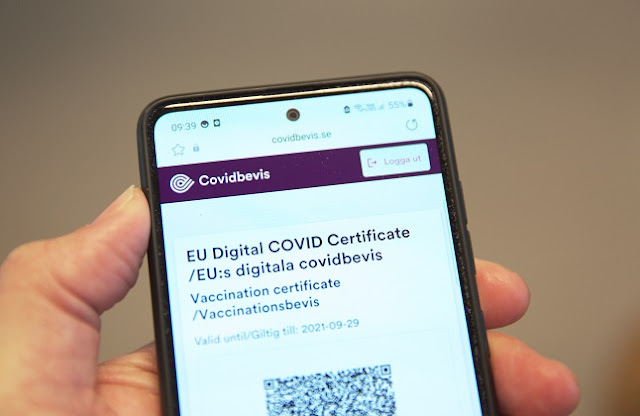 The expansion of the vaccine pass to the Nordic countries will go into effect on December 21. Previously only visitors from the Nordic countries were not required to show a vaccine pass in Sweden.
Authorities have warned that some social distancing rules may be tightened next week. When the Public Health Agency released their predictions on the development of the pandemic going forward.
On Thursday Sweden reported 4,022 new cases, lower than the previous day but still the highest daily infection rate since late spring. Sweden, with a population of 10 million people, is now treating 500 Covid-19 patients in hospital, about 79 of them in the emergency department.
"We are experiencing an increase in cases and this is also causing a higher burden on the health system," said Swedish Health Agency official Britta Bjorkholm.
He added that it was estimated that infection cases would continue to increase. Sweden has confirmed 84 cases of infection with the Omicron variant but Bjorkholm said the actual figure could be higher as sequencing took two weeks.
Neighboring Denmark, which has half the population of Sweden, reported 10,000 new cases on Thursday. Sweden's moderate-left government has drawn up a three-step roadmap in responding to the rise in infections.
Norway is tightening social distancing regulations to limit the spread of the Omicron variant. The number of infections and hospitalizations due to Covid-19 in the country has also increased sharply. In the run-up to Christmas, Denmark is also re-implementing many social distancing regulations such as closing elementary schools.