Afghan government spokesman Bilal Karimi said the Taliban had dissolved the Afghan election commission on Saturday (25/12). The panel oversaw elections during the previous Western-backed administration.
"These commissions do not need to exist and operate," Karimi said referring to the Independent Electoral Commission (IEC) and the Independent Electoral Complaints Commission.
"If we feel the need, the Islamic Emirate will revive this commission," he said, referring to Afghanistan's name in the Taliban government.
Umamtimes - Founded in 2016, the IEC is mandated to organize and oversee all types of elections, including presidential elections. "They have taken this decision hastily and disbanding the commission would have grave consequences," said Aurangzeb, who led the IEC until the fall of the previous regime.
"If this structure didn't exist, I am 100 percent sure the Afghanistan problem would never be solved because there would be no general election," Aurangzeb said. 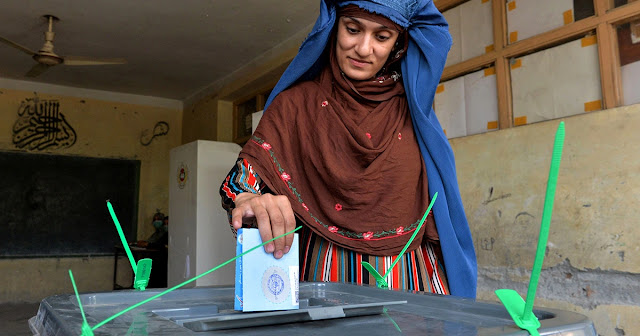 The previous senior Afghan government politician Halim Fidai said the decision to dissolve the election commission showed that the Taliban did not believe in democracy. "They are against all democratic institutions. They get power through bullets and not ballots," said the man who has been governor of four provinces for the past 20 years.
Prior to the Taliban takeover, several election commission officials were assassinated by armed groups. Karimi said authorities had also dissolved two government departments this week, namely the Ministry of Peace and the Ministry of Parliamentary Affairs.
The Taliban had previously closed the Ministry of Women's Affairs and replaced it with the Ministry for Promoting Virtue and Prevention of Crime. The ministry gained notoriety during the Taliban's first stint in power in the 1990s for strictly upholding religious doctrine.