An Israeli parliamentary committee voted to stop providing personal security for the wife and adult son of former prime minister Benjamin Netanyahu, Sunday (12/12). The decision will come into effect on Monday (13/12).
Ummatimes - Under standard, security and vehicle procedures, a driver or personal bodyguard is provided to the family of the former prime minister for the first six months after leaving office. But in January, at Netanyahu's insistence, the limit was extended by a ministerial committee to one year.
The same ministerial committee adopted a recommendation from the Shin Bet security service to reduce the period to six months. It said there was no immediate threat to Netanyahu's wife or children. Netanyahu's sons, Yair and Avner, and his wife Sara, will lose bodyguards on Monday. 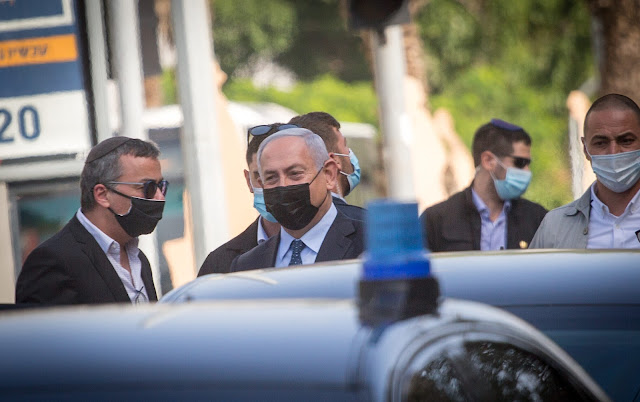 "When the Shin Bet, Israeli Police and Mossad say there is no threat to the Netanyahu family, the decision is easy," tweeted Minister of Public Security Omer Barlev after the vote.
"I rely on the Shin Bet and the police that if there is such a threat, it will be exposed and dealt with," Barlev said.
Netanyahu criticized the anticipated decision as a political act in a Facebook video released Friday. He said there were regular threats made to his family's life.
The former prime minister, who served 12 years, asked committee members, including security officials, not to leave the safety of his wife and children. He is now the leader of the opposition and continues to have state-issued security details.