The United Nations Human Rights Council (UN) has agreed to launch an investigation into the humanitarian abuses that occurred in the Ethiopian conflict. With 47 members, 21 supported the proposal, 15 opposed and 11 abstained.
Ummatimes - Ethiopia has been involved in a deadly 13-month conflict that began in November 2020. The conflict was a battle between government forces and the Tigrayan People's Liberation Front (TPLF), the group that controls the Tigray region.
The conflict was called brutal and has killed thousands of people. Many human rights violations were reported, such as the killing of civilians or mass inflicted damage. The Ethiopian side was disappointed with the UN decision and said it would not cooperate.

The conflict in Ethiopia takes place in the Tigray region. The conflict then spread to the Afar region in the east and Amhara in the west. Nearly 10 million Ethiopians are facing food insecurity as a result of the incident.
Humanitarian workers have been actively trying to help deliver relief supplies, but have had little access as several major routes have been blocked. Apart from that, they also faced hostility.
As the conflict escalates, thousands of people have been detained. According to Al Jazeera, between 5,000 and 7,000 people were arrested when the Ethiopian government declared a state of emergency. Most of them were Tigray. 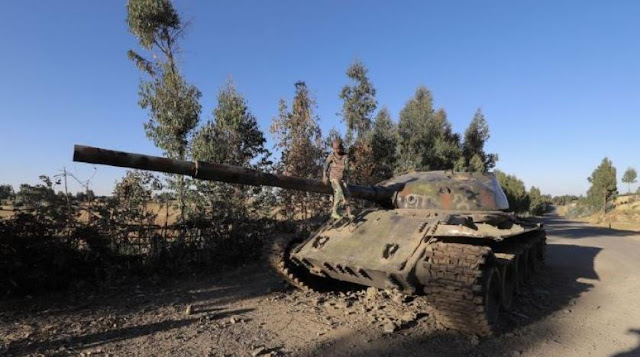 Nada al-Nashif, the UN's deputy human rights chief, said "many are being held without communication or at unknown locations. This is tantamount to enforced disappearance, and the matter is very worrying."
Speaking via virtual communication, al-Nashif warned that hatred, violence and discrimination will increase in Ethiopia which could lead to general violence with big implications. It is feared it will happen across the territory of Africa's second most populous country.

2. Two warring parties will be investigated

In the resolution adopted by the UN Human Rights Council, after it was agreed to form a team of investigators, three human rights experts would work. They are appointed by the President of the Human Rights Council.
According to the UN's official website, the investigation period is one year and can be extended. The three will work with a joint investigative team involving the UN human rights office and the Ethiopian Human Rights Commission.
All allegations of human rights violations will be investigated, whether involving government forces or Tigray troops. The two warring parties have been accused of both serious offences.
Human Rights Watch (HRW) has produced reports indicating that Tigray forces have carried out mass executions of civilians, particularly in the Amhara region. The execution was carried out outside the law.
HRW urges the United Nations to immediately form a team to conduct an investigation, in order to provide eligibility for the basic rights of victims and survivors.

3. Ethiopia is disappointed with the decision of the UN Human Rights Council

The group that initiated the immediate formation of an investigative team in Ethiopia was the European Union. But after the agreement was formed, the Ethiopian side said they were very disappointed with the decision.
The Ethiopian government representative said that "Ethiopia would like to reiterate that it will not cooperate with the established mechanism, which was imposed with its consent.
"No more double standards; no more unilateral acts of coercion; and no more interference in internal affairs under the pretext of human rights," he said. Ethiopia alleges that the decision of the UN human rights council was politically motivated.
The TPLF did not immediately comment on the agreement to form a team to investigate UN human rights violations. The TPLF is the group that controls the Tigray and the ethnic group has ruled Ethiopia for more than a quarter of a century.