US Secretary of State Antony Blinken called on Chinese and Hong Kong authorities to immediately release Stand News' pro-democracy media staff. They were arrested after the police carried out a raid and closed the media office.
"We call on the Chinese and Hong Kong authorities to stop targeting independent media, and immediately release the journalists and media executives who have been unfairly detained and charged," Blinken said.
Ummatimes - Blinken said by silencing independent media, China and local authorities had undermined Hong Kong's credibility and survival. Stand News was founded in 2014 as a non-profit organization. Stand News is the most prominent pro-democracy publication left in Hong Kong.
The Hong Kong Police Department of National Security on Wednesday morning (29/12) arrested six senior staff of an online media company. They were arrested for conspiracy to publish seditious publications. 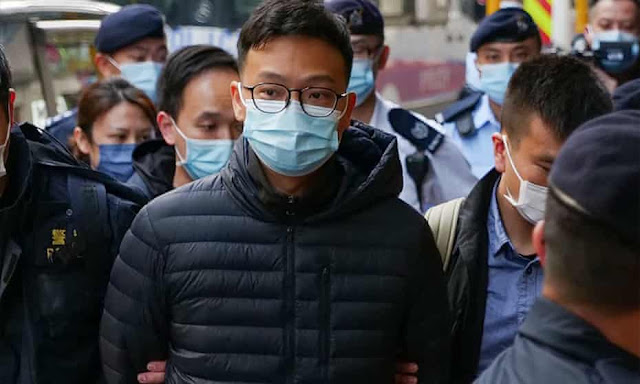 Hong Kong broadcaster TVB said the six people arrested included current and former staff from the pro-democracy news website Stand News. Police have arrested three men and three women ranging in age from 34 to 73. The police also searched their home.
According to reports, Stand News editor-in-chief, Patrick Lam, was among those arrested. Lam was arrested by the police at her home, and some of her gadgets have been confiscated. Stand News said one of those arrested was the deputy editor, Ronson Chan, who is chairman of the Hong Kong Journalists Association. In a videotape, police arrive at Chan's residence and show the court warrant.
“The charge is conspiracy to publish an inflammatory publication. This is the court order and this is the warrant card," said a police officer during the arrest.