Russian President Vladimir Putin has assured his side that he does not want conflict with Ukraine and Western countries. Currently Russia is waiting for a response from the United States and its allies to meet Russia's demands, namely security guarantees.
Ukraine is currently at the center of East and West tensions after the United States and Kyiv accused Russia of preparing a new attack on Ukraine, which borders Russia to the south. Moscow denies the accusations.
President Putin was bombarded with questions about the possible risk of conflict with Ukraine during his annual press release, which lasted 4 hours. 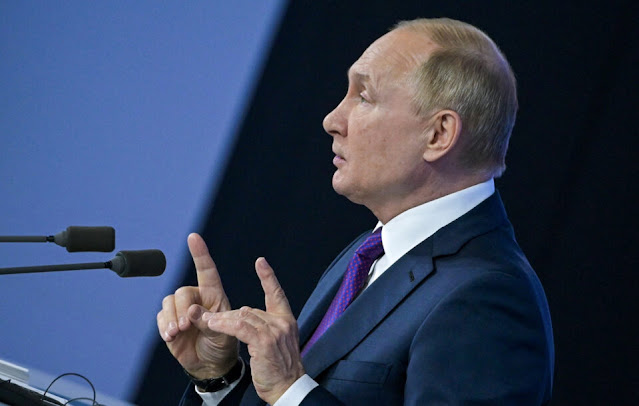 "This is not our choice, we don't want this (conflict)," Putin said.
Tensions over Ukraine have pushed Moscow's relations with Western countries to their lowest point since the collapse of the Soviet Union 30 years ago.
The United States, the European Union and the G7 member states have warned President Putin that he would face grave consequences, including tough economic sanctions, if he commits aggression.
Putin said Russia had received a positive response to the security guarantee request, which was submitted to the United States this month. The Russian proposal is aimed at easing the crisis. President Putin also hopes there will be some dialogue, which will start in early 2022 in Geneva.