Yesterday's top 3 news in the world started with news from China which tightened regulations to threaten the survival of Macau's gambling paradise. Beijing has been cracking down on a lot of money from mainland China being sucked into Macau.
Ummatimes - The second news in the world's top 3 is the CEO of a property company who fired 900 employees via Zoom. His actions drew criticism for being considered inhumane. The latest news from the world's top 3 is that the United States has again donated the Covid-19 vaccine. Here's the full news:

Macau seems to be no longer a gambling haven for Chinese citizens after Beijing cracked down on a lot of money from the mainland being sucked in there.
Macau's gambling regulator has ordered junket operators at the world's biggest gambling hub to stop offering credit to customers, according to brokerage firm Bernstein. 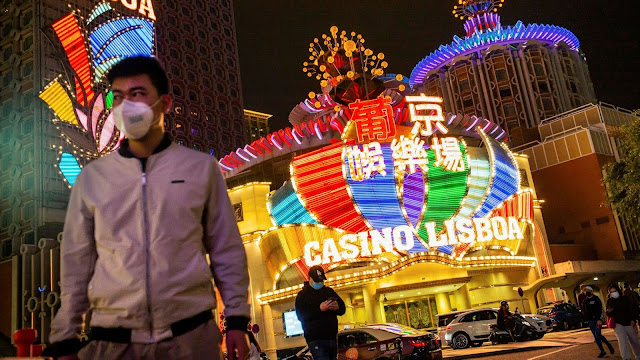 The Macau Gaming Inspection and Coordination Bureau (DICJ) has ordered operators, which bring big-spending clients from mainland China to VIP rooms at Macau casinos, often with loans at stake, to stop offering credit, Bernstein said in a research note.
"Wynn and others are in the process of shutting down junket operations," Bernstein said in the note.
Junket is a service that provides all the needs of high-end gamblers, from special rooms in casinos, accommodation to loans for betting.
According to Reuters, Wynn and Melco will be closing their junket rooms on December 20 and December 21. Macau's gambling regulator did not respond to a request for comment.
Casino operators Wynn Macau, Sands China, Galaxy Entertainment, SJM Holdings and Melco International Development also did not respond to requests from Reuters for an interview.
News of the closure comes days after junket giant Suncity closed all VIP gambling halls in Macau after its chief executive, Alvin Chau, was arrested on suspicion of holding cross-border gambling.
Authorities in mainland China, where gambling is illegal, see junkets responsible for siphoning billions of yuan out of the country.
Carlos Lobo, a Macau-based gambling consultancy, said if the Macau government really got junkets to stop offering credit to clients, it would mark the end of an era.
"If this is true, junkets should operate as travel agents, through activities such as receiving fees for bringing wealthy clients to casino operators, rather than receiving commissions from VIP gaming rooms that have been the main business model for years," he said.

The CEO of a real estate company from the United States last Wednesday, December 1, 2021, fired 900 employees through a Zoom webinar, a few days before the Christmas and New Year holiday season.
Better.com CEO Vishal Garg announced via Zoom that he was suddenly laying off about 9% of his workforce at the Zoom webinar Wednesday.
"If you receive this call, you are part of the dismissed group," Garg said in a three-minute Zoom call.
"Your work here is terminated immediately," he said.
He went on to say that employees can expect an email from HR detailing benefits and severance pay.
One of those laid off was Christian Chapman, a former trainer at Better.com, who said he and other employees were told with a short video that basically said, "I don't want to do this — you're laid off". 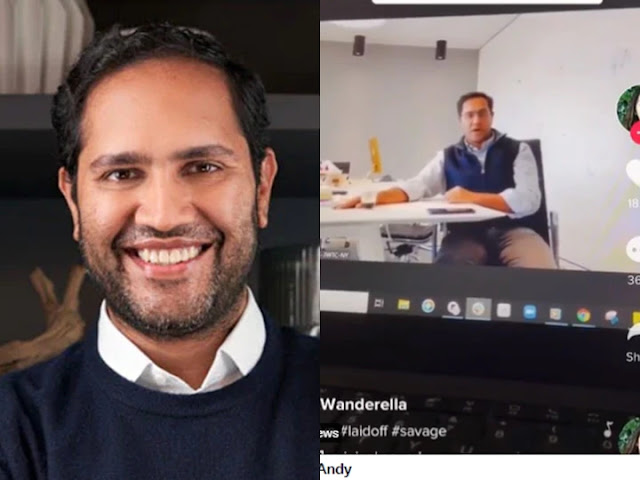 Another employee who was fired also said he was surprised by the sudden dismissal. "I'm sitting here thinking, 'What the hell is this?'" one employee told NBC.
"I think I'm safe. I have perfect judgment and think I'm an integral part of the team. It's disappointing, because I know I worked really hard to help build the company, and it seemed like I was just wasting my time," he explained.
Video of the Zoom call has been uploaded on social media networks and YouTube, with sources familiar with the company verifying the authenticity of the footage, according to CBS News. In the video, Garg sits at a white table, dressed in casual trousers, a blue shirt and vest, and tells workers that he has been forced to announce the difficult decision that he will have to lay off his employees a second time.
"The last time I did it, I cried," Garg told the fired employee. "This time I hope to be stronger."
In the video, Garg says the layoffs impacted 15% of Better.com's workforce, but he misspoke, according to a person familiar with the company, who said about 9% of employees were affected. Officials at Better.com did not respond to requests for comment.