An Afghan woman froze to death on the Turkey-Iran border. According to local Turkish media reports, an Afghan mother died of a severe flu in an Iranian village near the Turkish border.
The woman died trying to enter Turkey illegally with her two children on January 1. The photo of the mother of two children who died and froze in the middle of winter was uploaded on several social media.
"Several social media accounts shared photos of the mother of two children who froze to death when she tried to cross the Turkey-Iran border. Her children fled by taking refuge in the village," said an official statement from the Iranian border, quoted by Middle East Monitor, Tuesday (4/1) .
Ummatimes - Photos circulating show the Afghanista woman's legs wrapped in a plastic bag. Then the hands of the surviving children were covered with their mother's socks.
Throughout 2021, Turkey prevented more than 120,000 irregular migrants from crossing the border between Iran and Turkey. Most fleeing Afghan migrants aim to reach Europe using Turkey as a transit country. 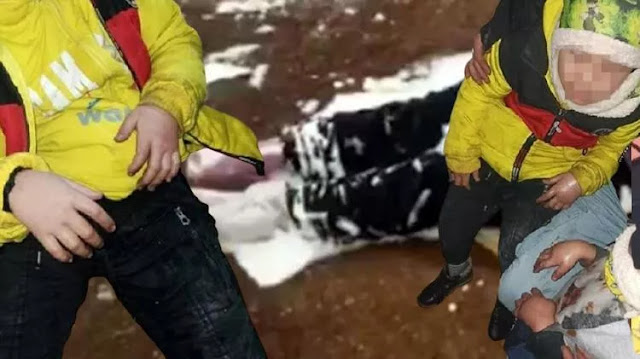 Previously, the United Nations estimated that 60 percent of Afghanistan's 38 million people face a hunger crisis and a food emergency that is likely to worsen over the winter. UN Special Envoy, Deborah Lyons, told the UN Security Council that a humanitarian catastrophe could be prevented by lifting financial sanctions on Afghanistan. Sanctions have crippled the banking system and affected every aspect of the economy.
“We have to focus over the next three or four months on helping the most vulnerable Afghans during the winter. The international community urgently needs to find ways to provide financial support to health workers in government hospitals, staff in food security programs," said Lyons.
Lyon said the economic crisis and the paralysis of the banking system in Afghanistan could encourage an illegal and unaccountable financial system. This can help facilitate terrorism as well as drug trafficking and smuggling.
Since the Taliban returned to power, the United States (US) froze Afghanistan's central bank reserves worth 9 billion US dollars. In addition, the International Monetary Fund (IMF) suspended funding access to Afghanistan.