MMA or Mixed Martial Arts fighter David Koenig was found in a forest in Branson, Missouri. This was conveyed directly by the Branson Police Department.
Reporting from the marca.com page, David Koenig had previously disappeared since February 8, 2020 when he was 25 years old. Koenig's family later stated that Koenig really went missing in March 2020.
Ummatimes - At that time, he left messages to some of his acquaintances to help him get out of trouble. Koenig was later found by local residents who were looking for a deer in the forest already in the form of a skeleton on December 22, 2021.
The dailynewscatcher.com page states that Koenig was born in 1995 in Branson, Missouri, United States. The man whose full name is David Zachary Dave Koenig was born to a couple named Tracy Koenig and Tracy Koenig Green. 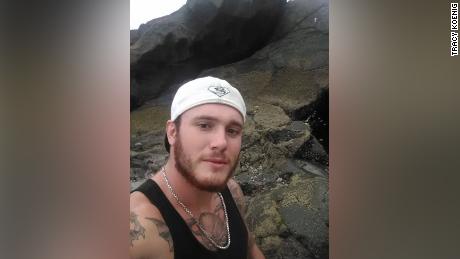 Koenig always hoped that he could become an MMA fighter and wanted to pursue this world professionally. The page conandaily.com, mentions that Koenig is known as an American MMA fighter.
Koenig started his MMA career when he was offered by Christopher Gideon on October 3, 2015 to participate in “Rumble Time Promotions: Branson Brawl 2”. In this match, Koenig managed to beat Kris Dodson by K.O. on “RFA 46”.
After that, the MMA fighter was again proposed by Shawn Bales on "Brawl Inc: Clash at the Clarion". In this match, David Koenig again managed to beat Austin Levine by K.O. at “ShoFIGHT: Dominion” held at the Clarion Hotel Branson on March 25, 2017.