Egyptian President Abdel Fattah El-Sisi meets Palestinian leader Mahmoud Abbas ahead of the launch of the World Youth Forum in Sharm El-Sheikh on Monday (10/1/2022).
Diab Al-Louh, Palestinian Ambassador to Egypt and permanent representative for the Arab League, said that Abbas held a special session of talks with President El-Sisi on the sidelines of the forum. The meeting was to discuss the interests of the two countries.

The two leaders met to discuss the Palestinian issue, especially efforts to advance the peace process and end the Israeli occupation. The two also talked about Egypt's efforts to improve the Gaza Strip.
The Palestinian president attended the meeting accompanied by members of the Fatah Central Committee and the head of the General Authority for Civil Affairs Hussein al-Sheikh. There were also the head of the General Intelligence Service, Maj. Gen. Majed Faraj, the Palestinian supreme judge Mahmoud Al Habbash, the presidential adviser on religious affairs and Islamic relations, and the diplomatic affairs adviser Majdi Khaldi. 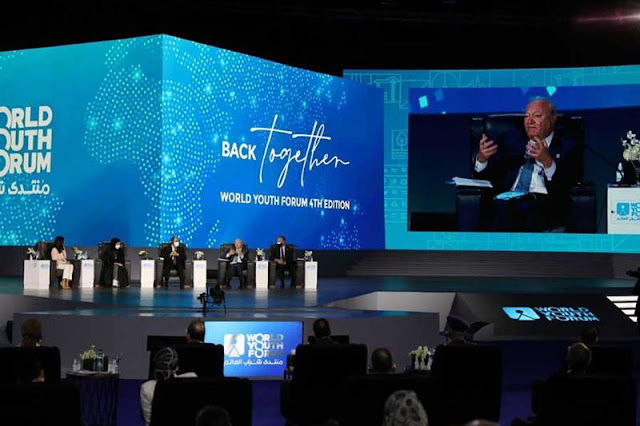 2. Abbas arrives in Egypt on Sunday

According to the Egypt Today report, the Palestinian president arrived in Egypt on Sunday (9/1/2022) and was greeted by the Egyptian Minister of the Environment Yassmine Fouad, a delegation from the Egyptian Intelligence Service, and the Palestinian ambassador to Egypt and the Arab League Diab el Louh.
His presence in Egypt to attend the fourth Egypt World Youth Forum. He was invited directly by the Egyptian president to attend the event.
Previously, the two sides also held talks by telephone a few days ago. The brand also briefly held a Palestine-Egypt-Jordan meeting which was held in Cairo at the end of December.

The World Youth Forum is an annual global event held in Sharm El-Sheikh under El-Sisi's government. This forum aims to bring together influential youth from around the world to hold dialogue and increase understanding.
According to Al Awsat, the Egyptian president launched on Monday the fourth edition of the World Youth Forum after being suspended for the past two years due to the coronavirus pandemic. The forum will be held from January 10 to 13.
The forum held preparatory workshops over the past two days to discuss water scarcity as an urgent and multidimensional issue. The sessions include presentations on addressing these global challenges.
In addition, the Forum will also focus on dealing with the coronavirus and the post-pandemic world, and will review the United Nations' 2030 Sustainable Development Goals (SDGs). More than 500,000 young men and women from 196 countries have registered on the Forum's official website.