End of 141 Days of Strike for Palestinian Prisoners in Israel

End of 141 Days of Strike for Palestinian Prisoners in Israel

Israel agreed to release Hisham Abu Hawwash, who went on a hunger strike for 141 days in protest of his unindicted detention. His lawyer said after reaching an agreement Israel agreed to release the father of five next month.
Hawwash is one of several Palestinian detainees who are on hunger strike in protest of detention under 'administrative detention' regulations. Israeli regulations ensure detainees are held without charge indefinitely.
Ummatimes - Administrative detainees were arrested with "secret evidence", were not aware of the charges against them, and were not allowed to defend themselves in court. Hawwash's lawyer, Jawad Boulos, said his client agreed to end his hunger strike after Israel promised to release him on February 26.
Meanwhile, the Israeli government has not yet responded to this statement. Palestinians took to the streets in the West Bank and Gaza Strip to support Abu Hawwash. The Jihan Islamic militia group threatened Israel if he died in detention. 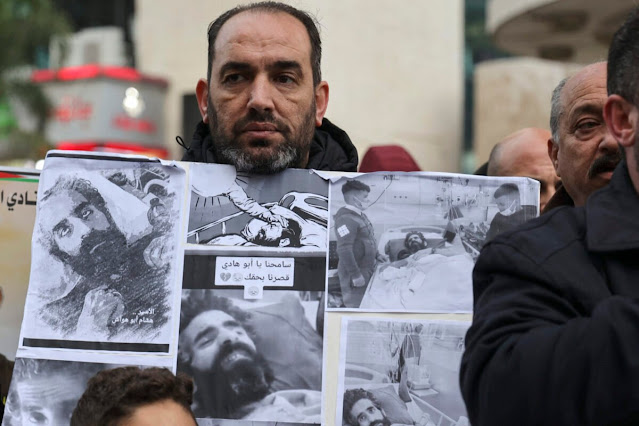 Prisoners' organizations warned Abu Hawwash faced 'danger of death'. He was the last few detainees to refuse to drink and eat to protest his detention. Prisoners who go on hunger strikes usually stay in hospital for long periods of time until Israel agrees on their freedom.
Like most people who have gone on hunger strikes before, Abu Hawwash was hospitalized last month. Local media reported that in the last few days he had fallen into a coma, lost his sight and could not speak.
On Wednesday (5/1/2022), Algeria reported "many fears" for Abu Hawwash's life. His wife and lawyer were with him at the hospital on Tuesday (4/1) yesterday afternoon. The Abu Hawwas protest was the longest hunger strike since Samer Issawi's eight-month hunger strike that ended in 2013.
Community organization Palestinian Prisoners Club said Israel had recently intensified its use of administrative detention, due to which the number of detainees holding food strikes had increased. This is an effort to fight actions that eliminate the rights of individuals to undergo legal processes.
The group added that in 2021 alone, Israel issued more than 1,600 administrative detention orders against Palestinians. Prisoners' civil rights organization Addameer noted that there are currently 500 administrative prisoners in all Israeli prisons.
One of Addameer's activists, Milena Ansari, welcomed the announcement that Abu Hawwash would be released.
"This is good news (but) not being released immediately is unfair, because there are no charges," he told Al Jazeera.
The developments came after Palestinian prisoners held without charge announced a boycott of Israeli military courts. Ansari said this "emphasized the humiliation of a trial held without charge or guarantees of a fair trial for detainees".
Hamas spokesman Abdel Latif al-Qanou said Abu Hawwash had won a "new victory". He said the announcement "confirms our people and prisoners have the ability to win any struggle against the occupation".
UN spokesman Stephane Dujarric welcomed the deal with Abu Hawwash. "We have always insisted that detainees must be tried with due process or released," Dujarric said.
About 2.5 million Palestinians living in the West Bank are the subject of Israeli military tribunals. Meanwhile, Jewish settlers living in illegal settlements are citizens who are subject to Israel's civil justice system.
Israel occupied the West Bank after the 1967 war. But Palestinian leaders want the territory to be part of their future state.