Families of Ukrainian Airplane Crash Victims in Iran Get Compensation

Families of Ukrainian Airplane Crash Victims in Iran Get Compensation

A court in Ontario, Canada has compensated C$107 million, equivalent to US$83.94 million plus interest, to the families of six people who died in the Ukraine International Airlines plane crash near Tehran. The Revolutionary Guards of the Islamic Republic of Iran (IRGC) shot down a plane in January 2020 killing 176 passengers and crew, including 55 Canadian citizens and 30 permanent residents.
Ummatimes - Six family members compensated by an Ontario court lost their spouse, siblings, children and nephew in the crash of Ukraine International Airlines flight 752. The lawyer for the victim's family, Mark Arnold, said they had filed a civil suit against Iran and other officials. believed to be to blame for the incident.
Arnold said his team would seek to seize Iranian assets in Canada and abroad. According to him Iran has oil tankers in other countries and his team will try to seize anything to pay compensation for the families of the victims. 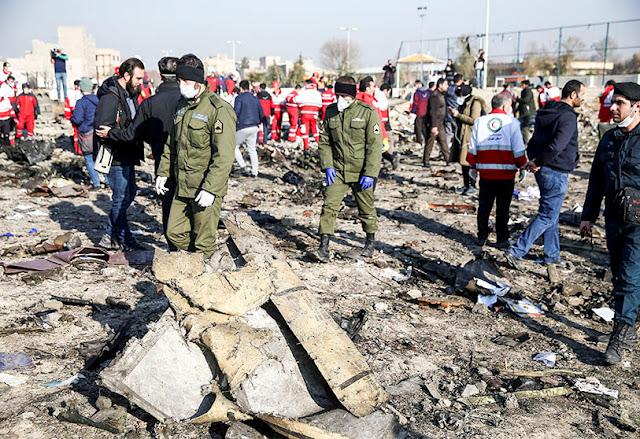 The decision to award the compensation was determined by Judge Edward Belobaba of the Ontario High Court on December 31, 2021. Then Arnold announced it on Monday (3/1).
The case was brought by Shahin Moghaddam, Mehrzad Zarei, and Ali Gorji. Meanwhile, several other plaintiffs withheld their names for security reasons.
A Canadian special forensics team in mid-2021 accused Iran of acting very recklessly and incompetently by shooting down a Ukrainian passenger plane. The report found that the shooting down of the Ukraine International Airlines flight 752 was not premeditated. However, Iranian officials should still be held accountable for the incident.
Iran criticized the report. They said the report was highly politicized. Iran admits it shot down the plane shortly after taking off from Tehran in January 2020. Iran admits there was a grave error by forces on high alert during the confrontation with the United States (US).
At the time, Iran was seeking to avenge the US action that killed the Supreme Commander of Iran's Revolutionary Guards Qassem Soleimani in an armed drone strike. Following the assassination, Iran fired missiles at Iraqi bases housing US troops in retaliation for the killing of Soleimani and his ranks.