The Russian-led security alliance forces will soon be withdrawn from Kazakhstan. This was conveyed by the President of Kazakhstan Kassym-Jomart Tokayev on Tuesday, January 11, 2022. The Russian-led alliance troops will withdraw within two days of completing their mission.
The bulk of Russian troops were deployed to Kazakhstan last week by the Collective Security Treaty Organization (CSTO), a military alliance of six countries of the former Soviet Union. The deployment is at the request of president Tokayev amid the worst public unrest the country has faced since independence 30 years ago.
Protests over rising fuel prices erupted in the oil and gas-rich Central Asian nation on Jan. 2. The unrest quickly spread across the country of 19 million, with political slogans reflecting discontent with the authoritarian government. 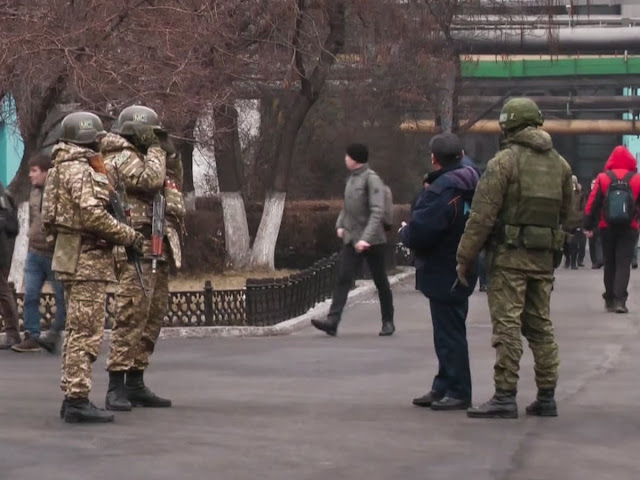 Over the next few days, the demonstrations took a very bad turn, with dozens of civilians and law enforcement officers killed.
In Almaty, Kazakhstan's former capital and largest city, protesters set fire to government buildings and seized the airport. By the weekend, the unrest had been largely contained.
President Kassym-Jomart Tokayev blamed the unrest on foreign-backed terrorists and insisted that his request to help the CSTO was justified.
“When this decision was made, we could completely lose control of Almaty, which was destroyed by terrorists. If we lose Almaty, we will lose the capital and the whole country," Tokayev told the Kazakh parliament today.
The president said that the CSTO has largely completed its mission in the country and will begin withdrawing its troops within two days, a process that will take no more than 10 days.
The Ministry of Interior of Kazakhstan reported today that a total of 9,900 people were detained in the country because of the unrest.