Mexican President Andres Manuel Lopez Obrador announced he had contracted Covid-19 for the second time. He said he had only mild symptoms and continued to work while in isolation until he recovered.
The 68-year-old president had tested positive for Covid-19 in January last year. Sounding hoarse during Monday's press conference (10/1/2022), he said he would do a test that day.
"Even if the symptoms are mild, I will remain isolated and will just do my job and communicate virtually until I recover," Lopez Obrador tweeted Tuesday (11/1/2022).
Ummatimes - Lopez Obrador, a former smoker, had a heart attack in 2013 and hypertension. But the Mexican government said the first Covid-19 infection was also mild. Lopez Obrador received the AstraZeneca booster vaccine on December 7. 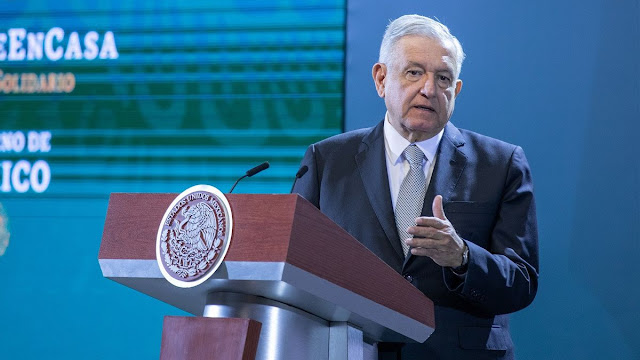 Lopez Obrador said for now Interior Minister Adan Augusto would replace him at his morning press conference and other work. Critics have attacked the president over his handling of the coronavirus pandemic because he played down the seriousness at the start of the pandemic.
He is also rarely seen wearing a mask in public except on planes. Mexico's policies on foreign travelers are also relatively looser than other countries.
But he continues to encourage the public to be vaccinated and nearly half of adults in Mexico City are fully vaccinated. The number of infection cases in Mexico soared because of the Omicron variant.
The sharpest spike in cases occurred in states with famous beaches such as Cancun and Los Cabos which are frequented by tourists from the United States (US). Covid-19 tests in Mexico are relatively low compared to other countries. On Saturday (8/1/2022), the number of infections increased by 30,671.