North Korea reportedly launched another ballistic missile on Tuesday (11/1/2022) for the second time this week. South Korea's Joint Chiefs of Staff (JCS) said the missile was launched from the interior of North Korea into its eastern sea and was detected at 07.27 Korean time (05:27 WIB).
The militaries of South Korea and the United States (US) are still analyzing the missile launch. According to the US base in Guam, the launch did not pose a direct threat to the islands, according to the AP.
Furthermore, the JCS stressed that the South Korean military will always be ready to monitor additional launches under its cooperation with the US.

Reported by the Japan Times, the action of the ballistic missile test was regretted by the Prime Minister (PM) of Japan, Fumio Kishida. He said the United Nations had just held discussions on how to respond to last week's missile launch.
Ksihida added that his party was continuing to analyze the development of the missile launch. The recent launch came after six countries including Japan and the US urged North Korea to stop its destabilizing actions in a joint statement.
“We stand today united in our condemnation of the DPRK's latest missile launch, which the Security Council will discuss soon. The DPRK's January 5 ballistic missile launch is a flagrant violation of several Security Council resolutions," the six countries said in a joint statement released January 10, 2022. 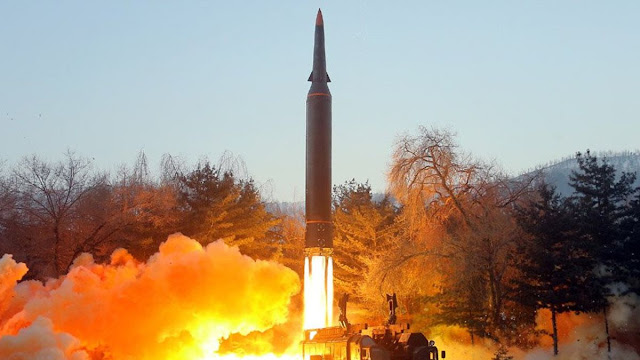 The US ambassador, Linda Thomas-Greenfield, said in a statement that North Korea's actions increase the risk of miscalculation and escalation and are a significant threat to regional stability.
He added that such tests not only enhance North Korea's capabilities, but also expand what it can offer clients and illegal arms dealers around the world. He also accused North Korea of ​​making military investments at the expense of the welfare of its people.
UN Security Council resolutions have banned all ballistic missile and nuclear tests by North Korea, and have imposed sanctions on the program. Ambassador Greenfield reiterated calls for countries around the world to enforce sanctions to get North Korea to return to talks and abandon its nuclear program.
"Our goal remains the complete, verifiable and irreversible denuclearization of the Korean Peninsula," Greenfield said.

3. Trial conducted after failed negotiations with the US

This month's missile launch follows a series of weapons tests in 2021 as North Korea seeks to bolster its military capabilities amid a pandemic lockdown. The action was also carried out following sanctions imposed after the collapse of its nuclear talks with the US.
The Covid-19 pandemic has largely paralyzed North Korea's economy, which has been exacerbated by US sanctions since the Trump presidency. Under the Biden administration, it has said it is ready to hold talks at any time.
But North Korea has so far rejected the idea of ​​open talks, saying the US should first withdraw its "hostile policy". The term is used to describe the US-South Korean joint military sanctions and exercises.