Nursultan Nazarbayev is a leader from Kazakhstan who is widely known throughout the country. The reason is that Nursultan was lined up to be the first president as well as the longest serving in the Central Asian country since separating from the Soviet Union in 1991.
In 2019, Nursultan decided to resign from his position in the midst of Kazakhstan's situation which was plagued by stagnant economic growth. In addition, he also became the first president of the former Soviet Union to resign voluntarily.
However, during his leadership, it is known that there have been a number of positive and negative things that affect Kazakhstan today. The following is a profile of former Kazakh President Nursultan Nazarbayev who was nicknamed the 'Leader of the Nation'.

1. Nazarbayev has been a metallurgist since he was 20 years old

The former president whose full name is Nursultan Abishevich Nazarbayev was born in Chemolgan, the Kazakh Soviet Socialist Republic, the Soviet Union on July 6, 1940. He was born into the family of Abish and Alzhan Nazarbayev. He is the eldest of five children.
According to Anadolu Agency, Nazarbayev was born into a working class family who adopted a nomadic lifestyle. The nomadic life was lived until the end of World War II in 1945, when the Nazarbayev family decided to settle in their village.
Because the majority of his village is inhabited by ethnic Russians, Nazarbayev began to learn Russian. In fact, he was known to be proficient in the Russian language when he was at school and that is what made him able to get a higher education. 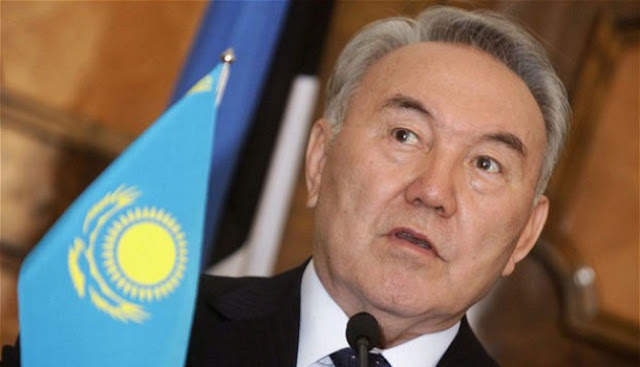 In 1960, 20-year-old Nazarbayev graduated from a technical school in Dneprodzerzhinsk, Ukraine. Then, he successfully completed his education at the Karaganda Polytechnic Institute in Kazakhstan in 1967 and graduated from the Higher Party School in Moscow in 1976, quoted Britannica.
Since the age of 20, he has worked as a metallurgist at the Karaganda Iron and Steel Factory. However, his work which is known to be very heavy also makes him a very experienced metallurgist.

2. Started his career in politics by joining the Communist Party of Kazakhstan

3. Nazarbayev was elected president for nearly three decades and was dubbed the 'Leader of the Nation'

Reported by the BBC, Nazarbayev is known as a very popular figure in Kazakhstan, especially in the 90s after independence from the Soviet Union. The reason is, at that time, he focused on economic reform and claimed that his government was moving towards a democratic political system.
His popularity has made him re-elected as president and managed to beat his opponents in 1999, 2005, 2011 and 2015. In fact, he has always recorded a very high percentage, more than 95 percent. However, the elections in Kazakhstan are called not fair and free.
On the other hand, there are a number of controversies that have colored the leadership of Nursultan Nazarbayev. In 2007, the parliament, which was entirely occupied by the ruling party, approved the president to remain in office without being limited to a certain period, as well as to become the leader of the National Security Council. Therefore, in 2010, Nazarbayev was dubbed the 'Leader of the Nation'.
In 2006, Nazarbayev also decided to merge his Otan Party with his son Asar's Dariga Party. Later the party was named Nur Otan in honor of Nazarbayev.
So far, the Nur Otan Party has always managed to get a majority of seats in the Kazakh parliament. However, the international community has always considered the parliamentary elections in the Central Asian country not transparent and filled with fraud.

4. Decided to resign from the chair of president and leader of the Nur Otan Party

After serving as president for nearly 30 years, Nursultan Nazerbayev decided to step down in March 2019. The shocking announcement was made live on Kazakhstan's National TV.
On that occasion, Nazerbayev also appointed the head of the Senate Kassym-Jomart Tokayev who will succeed him as president of the Central Asian country until presidential elections are held in 2020.
Even though he resigned from the presidency, Nazarbayev will continue to serve as President of the National Security Council of Kazakhstan. In addition, he remains the leader of the Nur Otan Party and is a member of the Constitutional Council in Kazakhstan.
Reported from The Diplomat, in December 2021, Nursultan Nazerbayev finally decided to step down from his position as leader of the Nur Otan Party. Meanwhile, the leadership will be held by President Kassym-Jomart Tokayev.

At the end of his reign, Nursultan Nazerbayev remained a major hero figure in Kazakhstan. Not surprisingly, his name has been immortalized as the name of the city and his face plastered on the currency of the Central Asian country.
In 2016, which coincided with Kazakhstan's 25th Independence Day, his face was officially embedded in the 10 thousand tenge note. Meanwhile, on the 30th Independence Day in December 2021, his face was also included in the 20 thousand tenge note.
In November 2016, the Kazakh Parliament also approved changing the name of the capital city of Astana to Nur-Sultan. However, Nazerbayev had refused to sign the decree and was finally approved by his successor President Tokayev after he resigned, reported by The Diplomat.
Not to forget, in 2017, Astana International Airport has also changed its name to Nursultan Nazerbayev International Airport. In fact, the airport is known to have changed its name several times from Akmolinsk Airport to Tselinograd, Astana to pinning the name of the first president of Kazakhstan.
Despite sparking a number of controversies, Nursultan Nazerbayev is known as the only leader in the Central Asia region who is willing to step down peacefully after almost 30 years of leadership. The reason is that the majority of presidents in Central Asia are only willing to resign due to being hit by a coup or having reached the end of their lives.