The world's most popular news throughout Monday, January 3, 2022, including the United States Secretary of Defense Lloyd Austin tested positive for COVID-19, then the figure of Joubert Duquesne who became a German spy in the allied forces, and a child kidnapping victim in China who met his family after 33 years .
The three foreign news above are summarized in the World's Top 3.

1. Corona in America Explodes, US Secretary of Defense Tests Positive for COVID-19

US Secretary of Defense Lloyd Austin has contracted the coronavirus after testing positive for COVID-19 on Sunday. He has mild symptoms and is in home quarantine for the next five days. During the quarantine, Austin will attend virtual meetings.
Austin said his deputy Kathleen Hicks would be temporarily serving during the quarantine.
"As my doctor explained, I'm fully vaccinated, and the boosters I received in early October have made the infection much lighter than it should have been," Austin said.
Austin said he requested the test earlier on Sunday after developing symptoms while on vacation. He was last at the Pentagon on Thursday. Lloyd Austin is one of the most senior members in President Joe Biden's administration to have tested positive for COVID-19. 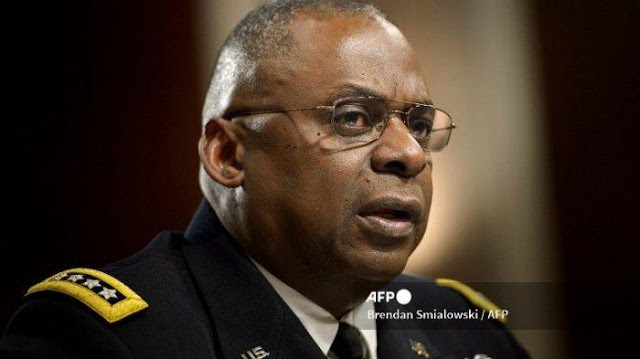 2. The Story of Frederick Duquesne, The Greatest Leader of Espionage Against the Allies

Frederick Joubert Duquesne was a German spy who went undercover in the Allied forces during World War I and World War II on special espionage missions.
He was responsible for secret messages relating to Allied troops, weaponry, and movements for German troops.
Reporting from the fbi.gov page, Duquesne or also nicknamed Black Panther, was born in Cape Colony, South Africa on September 21, 1877. He migrated from Hamilton to the United States in 1902.
Then he became a US citizen on December 4, 1913. Previously, Duquesne was involved in crimes, including the actor behind the fire of the British warship, HMS Hampshire which finally sank on February 18, 1916.

Li Jingwei, a child abductee, did not expect to see her mother again after 33 years.
The Chinese man reunited with his mother on the first day of 2022. The two met in Lankao, Henan Province in central China.
Li Jingwei was kidnapped from his hometown of Zhaotong, southwest Yunnan Province, when he was four years old. Then he was taken to a family in Lankao, a city 1,600 kilometers from his hometown.
ECNS reported that Li was motivated to find his family again after hearing news that many abducted children had managed to reunite with their families.
Hearing the positive news, Li shared the video on the Douyin app, known as TikTok outside China, in December, Sky News reported. Li shared a picture of a landscape map of his hometown on December 15, which he drew from his childhood memories because he didn't remember the street or area names.