The European Commission's decision is seen as a step backwards in the transformation to clean energy and opens up opportunities for 'greenwashing' practices. The biggest criticism actually came from investors themselves. 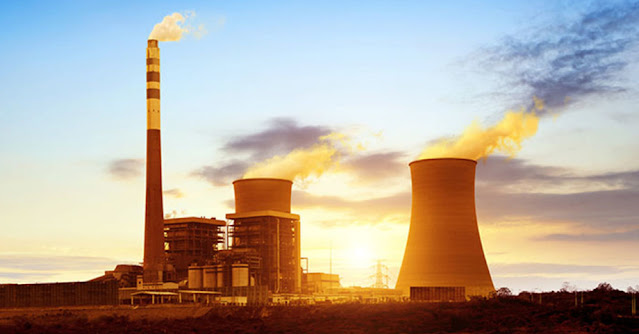 The European Commission braced for a storm of criticism by climate activists as it passed its green investment guidelines this Wednesday (2/2). The reason is the European Commission declaration that gives "environmentally friendly label" for nuclear energy and natural gas.
The struggle over the classification of energy sources from the start has dominated negotiations for the 27 EU member states, to find the best path to a zero-emission economy by 2050.
The European Commission hopes that the so-called "green taxonomy" can become a global standard in determining the types of investments that can be classified as climate friendly, but the debate is filled with controversy when some countries insist on involving nuclear and natural gas as renewable energy sources.
The clause was made, among other things, to accommodate the interests of France, which relies heavily on nuclear energy. Natural gas is one of the main energy sources in Germany, and is considered to be able to support the energy transition for Poland, which currently still relies on coal.
Berlin and Paris insist both energy sources deserve a green label. This puts the European Commission, led by the former German defense minister, Ursula von der Layen, in a difficult position.
The Commission is scheduled to adopt the proposals of the two countries to allow the use of nuclear energy and natural gas Wednesday (2/2) to bridge the transition to clean energy. The decision was made after undergoing express consultations with other member countries, the Commission wrote in a press statement.

Four European Union countries had previously opposed the proposal, as it was "not aligned" with the goals of the Paris Climate Agreement and undermined the EU's green taxonomy as the world's "gold standard", the governments of Denmark, Sweden, Austria and the Netherlands wrote in a letter to the European Commission, Tuesday (1/2).
Criticism also came from other EU institutions. Last January, the European Investment Bank announced its intention to abandon EU guidelines due to the overwhelming resistance by green investors to both types of energy sources.
"If we lose investor confidence by selling something as a green project, which then turns out to be the other way around, then we are cutting ourselves off," said EIB President Werner Hoyer.
Green investment institutes belonging to the two largest US investment banks, JPMorgan and Goldman Sachs in January said green proposals related to gas and nuclear "would hinder the EU's ambitions to establish reliable and science-based international standards for classifying economic activity."
If adopted, the new Green Investment Bill, will be discussed for four months by member states. It would take 20 of the 27 countries to thwart the proposal, or a majority in the European parliament of at least 353 votes.