The Chief of the Ottawa Police Service, Peter Sloly, publicly announced his retirement Tuesday afternoon (15/2/2022). He resigned after facing widespread criticism over police handling of the truck driver protests that took place in the Canadian capital.
“Since the beginning of the demonstrations, I have made every effort to keep this city safe and end this unprecedented and unexpected crisis. I believe the Ottawa Police Service is now in a better position to end these protests," Sloly said.
Ummatimes - Sloly has come under widespread criticism for Ottawa police failing to disperse a group of Canadian truck drivers and their supporters who staged protests in the city late last month. They are protesting against mandatory vaccination requirements at the Canada-US land border.
Since the protests, participants in the “Freedom Convoy” have set up blockades at several border crossings. Ottawa residents denounced demonstrators for parking their vehicles on residential streets. Even demonstrators threatened local residents, honking horns and setting off fireworks throughout the night. Most Ottawa residents questioned why the police failed to disperse the convoy. 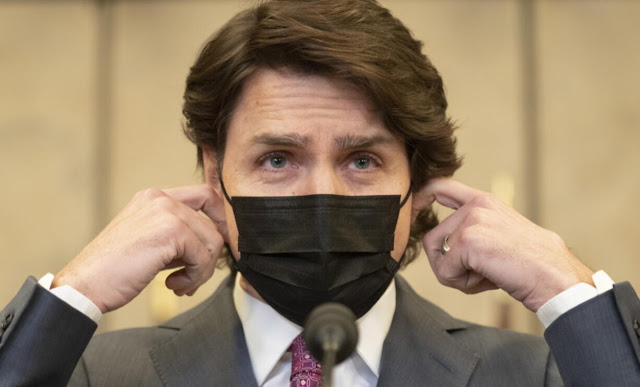 The Ottawa Police Service (OPS) initially said the cost of monitoring the convoy was estimated at more than C$800,000, or US$628,000 per day. Police have tried to refrain from triggering confrontations with demonstrators.
Sloly later told reporters that perhaps there was no solution from the police to end the demonstrations. He advised the government to deploy the Canadian military to disperse the convoy participants. This idea was rejected by Canadian Prime Minister Justin Trudeau.
On Monday (14/2), Trudeau used federal emergency powers in an effort to strengthen and support law enforcement agencies at all levels across the country amid a truck driver blockade. The Emergency Act allows the federal government to take special temporary action for a period of 30 days during a national emergency.
"The scope of this action will be time-limited, geographically targeted and proportionate," Trudeau said.
Earlier this week, authorities broke a blockade on Ambassador Bridge that had been blocked by protesters for several days. The Ambassador Bridge is an important route for American-Canadian trade.
Protesters blocking the Coutts crossing between the western Canadian province of Alberta and the US state of Montana were also dispersed on Tuesday morning. The dispersal of protesters came after the Royal Canadian Mounted Police (RCMP) arrested 11 people who blocked the Coutts crossing. The RCMP found 13 long guns, pistols, body armor, machetes, large amounts of ammunition and high-capacity magazines.
“Information is received that this group has access to a firearms arsenal with large amounts of ammunition. The group is said to have a desire to use force against the police if there is an attempt to disrupt the blockade," the RCMP statement said.