German Chancellor Olaf Scholz warned Russia of serious political and economic consequences if Moscow stepped up military aggression against Ukraine. At the same time, he stated that Germany and its allies were ready for dialogue with Moscow and wanted peace.
Ummatimes - With Russia holding military exercises in Belarus and the Black Sea following troop deployments near Ukraine, the stalemate has raised fears of war in Europe. This condition raises energy costs throughout continental Europe, which relies on Russian gas supplies.
"What is at stake now is to prevent war in Europe. We want peace," Scholz told reporters at a meeting of leaders of the Baltic states in Berlin, Thursday (10/2/2022) local time.
The meeting called on Russia to de-escalate tensions. "Further military aggression by Russia against Ukraine will have very serious political, economic and strategic consequences for Russia," he said. 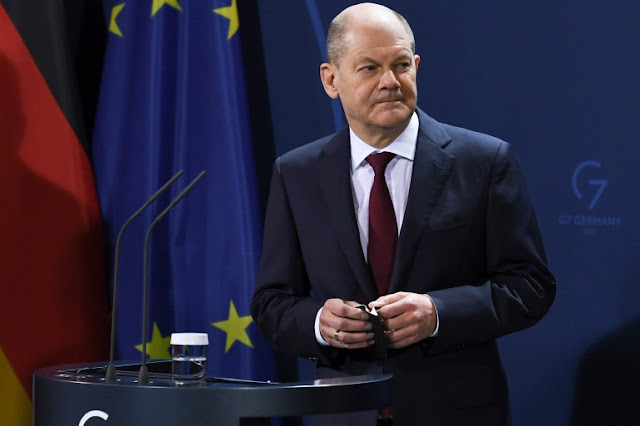 "At the same time, we are ready to have serious talks with Russia, dialogue on European security issues."
The Kremlin, the office of the Russian president, has dismissed accusations by the United States and its allies that Moscow is planning to attack its neighbour. Scholz met with Estonian Prime Minister Kaja Kallas, Lithuanian President Gitanas Nauseda, and Latvian Prime Minister Krisjanis Karins.
The leaders of the Baltic states want Germany to play a greater role in efforts by the NATO military alliance (North Atlantic Treaty Organization) to strengthen defenses against Russia in Eastern Europe. "They discussed real aid to Ukraine, such as economic, financial, and moral support," Nauseda said after the meeting.
"Scholz, who is experienced in dealing with these situations, takes the threats that arise on the Ukrainian border seriously and has certainly seen how (threats) relate to security in the Baltic region," Nauseda said.
Ahead of the meeting, PM Karins urged Germany to be the main actor in leading the European Union and NATO through these difficult times. "Our focus is on supporting Ukraine," Dallas said.
"De-escalation does not come at gunpoint and at the expense of Ukraine."
Scholz is under US pressure to stop the pipeline that carries Russian gas to Germany, should the Russian military invade Ukraine. Scholz did not mention the Nord Stream 2 pipeline project in the context of the consequences for Russia. Previously, the German chancellor said that all options were available.