A group of Uighur activists has urged the International Criminal Court (ICC) to launch an investigation into China's alleged crimes against ethnic Uighurs in Xinjiang province. According to them, the evidence of the crime is quite strong.
Ummatimes - The Uighur activists are members of several organizations, including The East Turkistan Government in Exile, Human Rights Watch Association of East Turkistan, and the Association of Turkic World Solidarity and Cooperation. They, along with Uighurs living in Turkey, held a joint press conference at a hotel in the Zeytinburnu district of Istanbul, Tuesday (1/2/2022).
The head of the Association of Turkic World Solidarity and Cooperation, Halit Kanak, said it was time for the ICC to step in and investigate alleged crimes committed by China in Xinjiang. He said evidence shows the number of Uighurs being deported from China's neighboring countries has risen sharply. 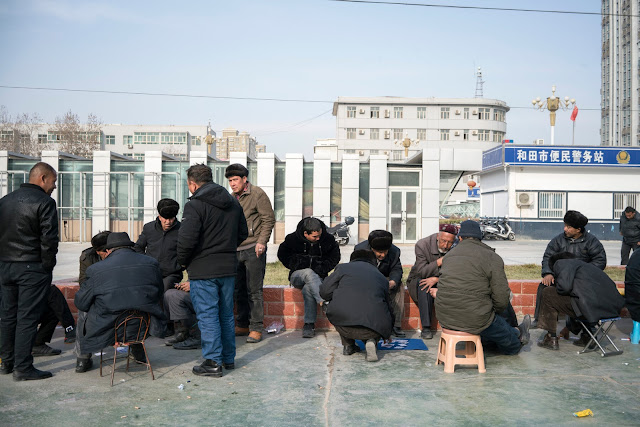 "Data collected through in-depth field studies in Tajikistan, Kyrgyzstan, Uzbekistan and Kazakhstan confirms this issue," Kanak said, quoted by the Yeni Safak website.
He said if the ICC launched an investigation, it would be the first of its kind in Central Asia. China has reportedly allowed UN High Commissioner for Human Rights Michelle Bachelet to visit Xinjiang. Beijing welcomes Bachelet to visit after the Beijing Winter Olympics which will be held from February 4-20.
The South China Morning Post, citing several sources, on Friday (28/1), reported that visits to Xinjiang were permitted on the condition that the activities were "friendly" and not framed as investigations. In response to the news, Human Rights Watch's China Director Sophie Richardson hoped Bachelet would not be fooled by Beijing.
"No one, especially the world's leading human rights diplomat, should be deceived by the Chinese government's efforts to divert attention from its crimes against humanity targeting the (ethnic) Uighurs and other Turkic communities," Richardson said.
A number of countries, including the United States (US), Britain, Canada, Australia, Japan, and Denmark are known to have decided to carry out a diplomatic boycott of the Beijing Winter Olympics. Allegations of human rights violations committed by China, including against Uighur Muslims, became the basis for them to take this decision. However, the relevant countries still allow their athletes to participate in the sport.
China has consistently denied reports of systematic human rights violations in Xinjiang, including the detention of more than 1 million Uighurs. But Beijing did not deny the existence of vocational education centers there. The center was purposely established to provide skills and expertise training to Uighurs and other ethnic minorities. Thus, they can work and the unemployment rate in Xinjiang can be reduced.