Israel has rejected the sale of the Iron Dome missile defense system to Ukraine. This was revealed by the well-known Israeli journalist and writer, Nadav Eyal
In a column written for the Israeli daily Yedioth Ahronoth, Eyal said the purpose of rejecting the sale was to avoid Israel's involvement in the Russia-Ukraine crisis. Tel Aviv does not want to interfere in the Russo-Ukrainian conflict, because Moscow has troops stationed in Syria.
Ummatimes - Israel and Syria are currently at war, and often carry out attacks. Meanwhile, Russia sided with Syria and pressured Israel to stop the attack. Thus, Israel could run the risk of a confrontation with Russia.
"In an effort to avoid Israel's involvement in the crisis between Russia and Ukraine, Israel refuses to sell the Iron Dome missile defense system to Kyiv so as not to interfere with Russia," Eyal said, quoted by Anadolu Agency, Wednesday (16/2). 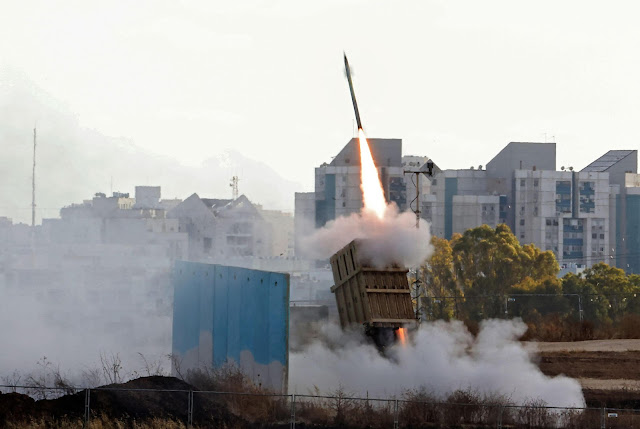 Ukraine initially submitted a request for the purchase of the defense system to the United States (US). Because the defense system was jointly developed by Israel and the Pentagon.
Kyiv started a pressure campaign on lawmakers in Washington to facilitate a deal. Ukraine also formally asked the US to deploy Patriot and Iron Dome missile systems on their territory last spring, in anticipation of a Russian attack.
"But the sale of technology to third parties is not possible without mutual consent," said Eyal.
Several members of Congress have made amendments to the 2022 defense bill, which would have pressured the White House to sell or transfer air and missile defense systems to Ukraine, including the Iron Dome. Eyal said this situation puts Israel in a complicated position.
"Israel could refuse US requests to supply Ukraine with technology, or risk a confrontation with Russia," Eyal said.
Israel uses the Iron Dome defense system to intercept short-range missiles and rockets fired by Palestinian resistance groups from the Gaza Strip. Meanwhile, Ukraine wants to use the Iron Dome defense system to deal with a possible Russian attack.
Russia has more than 100,000 troops near the Ukrainian border. This sparked fears that Russia was planning a military invasion of Ukraine. A number of Western countries predict the invasion could occur in the near future.
Russia denies Western accusations that it is planning an invasion. But Moscow said it could take unspecified "military technical" action unless their set of demands were met. One of them prohibits Kyiv from joining the NATO alliance.