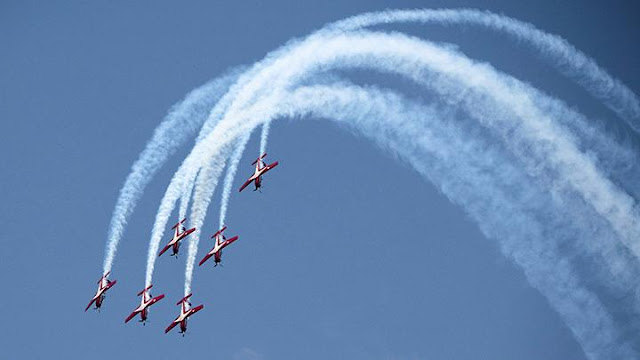 Previously, the Assistant for Operations to the Air Force Chief of Staff, Marshal TNI Muhammad Khairil Lubis reminded all JAT personnel to anticipate and pay attention to the weather when appearing at the 2022 Singapore Air Show.
Khairil Lubis, who reviewed and provided direct guidance to the JAT Team, also reminded the proud Indonesian team not to be overconfident. "The JAT team is an ambassador who carries the good name of the nation and state in the international arena," he said.
The Commander of the Flying Education Wing, Colonel Pnb Feri Yunaldi reported that in general all activities were carried out safely and smoothly from the first landing in Batam until the opening of SAS 2022.
The Commander of Skadik 102 Adisutjipto Air Base, as well as JAT Leader, Major Pnb Ripdho Utomo also said that there were several relatively complicated attractions, including the Solo Spin, because it had to be done at a low altitude.