Ri Sol Ju, the wife of North Korean leader Kim Jong Un, was reported to have made a public appearance on Wednesday (2/2/2022) after nearly five months of not being seen. According to the KCNA news agency, Kim and Ri attended an art show at the Mansudae Art Theater in the capital Pyongyang to celebrate Chinese New Year.
Ri was last seen in public on September 9 when accompanying her husband to visit the Kumsusan Palace of the Sun, where Kim's late father and grandfather resided, in commemoration of the country's founding. 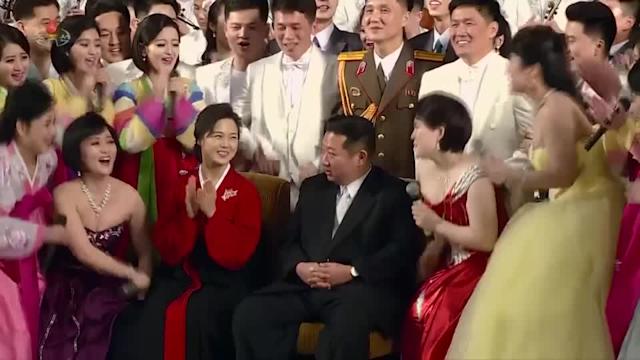 "When (Kim) appeared in the theater's auditorium with his wife, Ri Sol Ju, who was greeted with music, the audience immediately stood up and shouted 'Hurray!'" KCNA said.
The North's official news agency added that the couple went on stage after the show to greet the artists and take photos with them. Ri was once in the international spotlight because he often accompanied Kim on social, business and even military events. What the couple displayed was different from that of Kim Jong Il, Kim Jong Un's father, who is rarely seen taking one of his wives with him in public events.
Ri had disappeared from official media coverage for more than a year before being spotted attending a concert in February last year, sparking speculation that she was sick or pregnant. South Korea's National Intelligence Service told parliament it was possible Ri was avoiding outdoor activities to avoid contracting Covid-19, but he was still "playing with their children".
The spy agency believes Kim and Ri have three children, but little is publicly known about them. North Korea has not reported a single case of Covid-19 during the pandemic. However, the country closed its borders and imposed strict restrictions, including a travel ban.