Only 58 thousand left, Australia defines the Koala as an endangered animal

Only 58 thousand left, Australia defines the Koala as an endangered animal

The Australian government on Friday (11/2/2022) designated koalas in the states of New South Wales (NSW), Queensland and the Australian Capital Territory as endangered.
This step was taken as a result of the decline in the number of koalas, because their natural habitat was hit by prolonged drought, forest fires, land clearing (for agriculture, urban development, mining, forestry), disease, and other threats.

1. The status of koalas in Australia is changing from vulnerable to endangered

A stronger list under national legislation is the acknowledgment that the koala's plight is becoming more urgent, and the Australian government is still seen as undecided.
Previously, this iconic Australian mammal was listed as vulnerable in 2012, quoted from the BBC.
"This new list adds to the priority in terms of koala conservation highlighting the challenges facing this species," said Australia's Minister for the Environment, Susan Ley.
Ley said officials were drafting a recovery plan. Land development applications will also be assessed for their impact on these species. 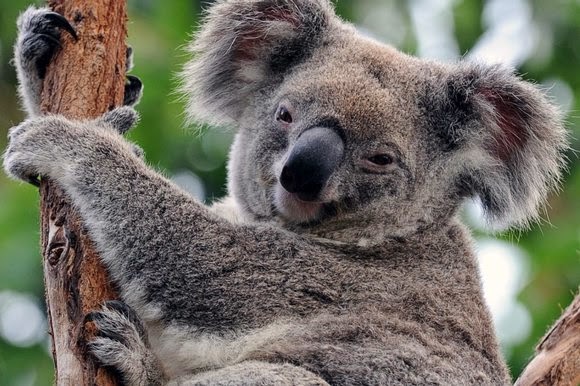 2. The decline in the koala population in Australia

As Reuters reports, according to the Australian Koala Foundation, the country has lost about 30 per cent of its koala population, from more than 80,000 in 2018, it is now estimated to be less than 58,000. The worst decline was in NSW with 41 percent.
A study by the World Wide Fund for Nature (WWF) estimates that forest fires that occurred in late 2019 and early 2020 had killed or injured more than 60,000 koalas. The fires burned more than 17 million hectares (65,630 square miles).
In 2020, a NSW parliamentary investigation found koalas will be extinct in the state by 2050, unless immediate action is taken by the government to protect their habitat and reverse their decline.

The Australian government's decision to protect koalas, which mostly live in eucalyptus forests in the eastern state and on the coast, was welcomed by environmental groups. Although that step should have been done earlier.
According to The Guardian, environmental groups have long argued that the conservation status of koalas should be improved. Three organizations such as Humane Society International (HSI), WWF Australia and the International Fund for Animal Welfare (IFAW), have nominated the animal on the endangered list.
According to WWF Australia Chief Executive, Dermot O'Gorman, changing the status of the koala to an endangered group of animals is a grim decision. However, the policy must be taken given the very significant decline in the koala population on the east coast of Australia in the last decade.
"There is still time to save this globally iconic species if up-listing becomes a turning point in koala conservation. We need stronger laws and incentives for landowners to protect their forest homes," said O'Gorman.