The Russian Ministry of Defense released footage showing rows of tanks and military vehicles leaving Crimea on Wednesday (16/2/2022). The fleet crossed the railway bridge after the exercise and it was also seen that some soldiers were returning to their permanent base.
The footage, which circulated on Wednesday morning, shows a Ministry of Defense statement depicting rows of tanks, infantry fighting vehicles and self-propelled artillery units. The vehicles left the Crimean peninsula which Moscow seized from Kiev in 2014.
"Combat equipment and military personnel will be sent by military train to the point of permanent deployment of the unit," the Russian Defense Ministry said.
"On arrival, the equipment will be serviced and prepared for the next phase of combat training," he said. 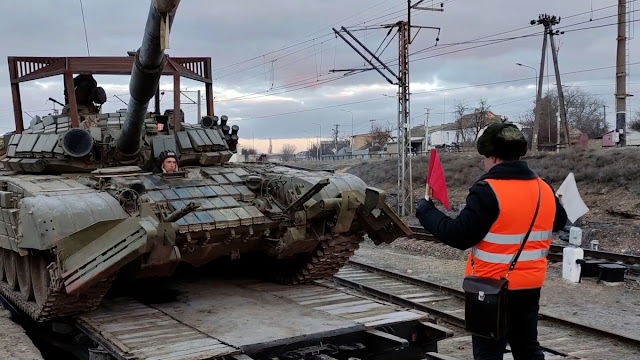 The video, published by Russia's official state news agency RIA. This footage shows dozens of military vehicles crossing the bridge at night.
The TASS news agency quoted a military statement as saying that separate convoys of service vehicles were traveling across different bridges. Moscow previously announced a partial withdrawal of troops from near Ukraine on Tuesday (15/2/2022). However, the move was met with skepticism and US President Joe Biden said that more than 150,000 Russian troops were still being assembled near the Ukrainian border.
World powers are embroiled in one of the deepest crises in East-West relations for decades. They are jockeying for post-Cold War influence and energy supplies as Moscow wants to stop its former Soviet neighbor from joining the NATO military alliance.