In late January, Britain warned major companies to step up defenses against possible Russian cyberattacks due to tensions with Ukraine. The UK's National Center for Cybersecurity (NCSC) has warned major organizations to increase cybersecurity resilience.
Ummatimes - NCSC Director of Operations, Paul Chichester, said the NCSC has been observing Russia's patterns of cybercrime. "For several years, we have been observing Russian patterns of malicious behavior online," Chichester said.
In early 2022, several Ukrainian websites were hit by cyberattacks that left warnings to "fear and prepare for the worst" as Russia had amassed troops near the border. Ukraine said Moscow was behind the cyber attack.
"The incident in Ukraine bears the hallmark of similar Russian activity that we have observed before," Chichester said. 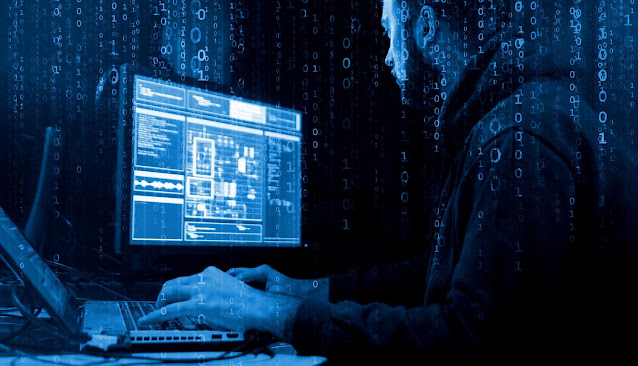 British spy experts say Russia poses the biggest direct threat to the West. But China's long-term technological dominance poses a much bigger problem.
"UK organizations are being urged to increase their cybersecurity resilience in response to malicious cyber incidents around Ukraine," the UK's National Cybersecurity Center said.
According to the Belfer Center at Harvard's Kennedy School, ranking the world's top cyber offensive powers are the United States, Britain, Russia and China. This ranking was compiled in 2020.
Not long ago, the European Central Bank (ECB) prepared banks for a possible Russian-sponsored cyberattack as tensions with Ukraine escalated, two sources familiar with the matter said. The preparations were made by European financial regulators as the region prepares to face the financial repercussions of any conflict.
The ECB has been questioning banks about their cyber defences. Banks in Europe are playing cyberwar simulations to test their ability to fend off cyberattacks, the source said.
The ECB, which chose addressing cybersecurity vulnerabilities as one of its priorities, has declined to comment. However, the ECB's concerns about the cyberattack were seen around the world.
The New York Department of Financial Services in late January 2022 issued a warning to financial institutions about a retaliatory cyberattack if Russia attacked Ukraine and triggered US sanctions, according to Thomson Reuters Regulatory Intelligence.
Now, cyber attacks are increasingly visible. The Defense Ministry's online network and two Ukrainian banks were overwhelmed with incoming data. The Ukrainian information security center blamed Russia for this attack.
"It is possible that the aggressor used dirty little trick tactics because his aggressive plans were not successful on a large scale," the Ukrainian Center for Information Security and Communication Strategy, part of the Ministry of Culture, said in a statement, Wednesday (16/2/2022).
The disruption, known as distributed denial-of-service or DDoS, was first reported by the Ukrainian authorities on Tuesday (15/2) yesterday. But the scale is uncertain. An attack that sends a lot of data into internet traffic from various sources on one server to another is a common cyber attack. Ukraine and its environs frequently experience this type of cyberattack.
On the defense website of the Ministry of Defense of Ukraine a message appears that the site is under repair. In a tweet, the ministry said their site appeared to be under attack and they were trying to re-access it.
One of the Ukrainian banks, Oshadbank confirmed the cyberattack slowed down their system. The communications strategy center said Privatbank users are also experiencing problems with payments and banking applications. Privatbank did not immediately respond to a request for comment.