South Sudan is a country in East Africa. The country became the youngest country in the world after seceding from Sudan in 2011.
South Sudan has a number of interesting facts. Summarized by Tempo.co from various sources, here are 5 of them:

One of the poorest countries in the world

The ongoing conflict in South Sudan has a negative impact on the economy of the country. According to the UNDP website, 80 percent of the population is categorized as poor. They have an income of less than 1 US dollar per day. More than a third of the population also lacks safe access to food. 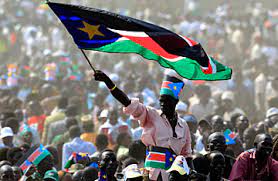 Has a large oil field

Oil fields in South Sudan have become the basis of the country's economy. As reported by Reuters, the country's oilfield operators include Petronas and China's CNPC.
Unfortunately, oil production in South Sudan experienced a rapid decline after its oil fields reached maturity. The authorities continue to struggle to return production to pre-war levels of 350,000 to 400,000 barrels per day.

Has the lowest literacy rate in the world

Compared to other countries, the literacy rate in South Sudan is quite low. UNESCO data from 2018 shows that the country has an adult literacy rate of 34.52 percent.

Like Indonesia, South Sudan is a multilingual country. The population in this country consists of various ethnicities. The official language used is English. However, they also have more than 60 native languages.

Home to thousands of wildlife

South Sudan is rich in biodiversity. The Boma-Bandingilo landscape, one of the country's most biodiverse areas, is particularly prominent in Africa.
Citing the Wildlife Conservation Society's (WCS) Newsroom page, the area covers 95,000 km² and is home to the world's second largest migrating land mammal, including more than 1.3 million white-eared kobs, Mongolian antelope and poles, elephants, Nubian giraffes, lions. , as well as African wild dogs.
Those are five interesting facts about South Sudan. Despite its problems of poverty and civil war, the world's youngest country is blessed with cultural diversity and resources.