Turkish President Recep Tayyip Erdogan has said that his country does not want Russia and Ukraine to go to war. He hoped the matter would be resolved amicably.
"We would never want war between Russia and Ukraine. This does not bode well for the region. As a NATO country, we don't want such a thing, we don't accept it. I hope we can resolve this peacefully," Erdogan said at a youth event in Trabzon City, Tuesday (1/2). 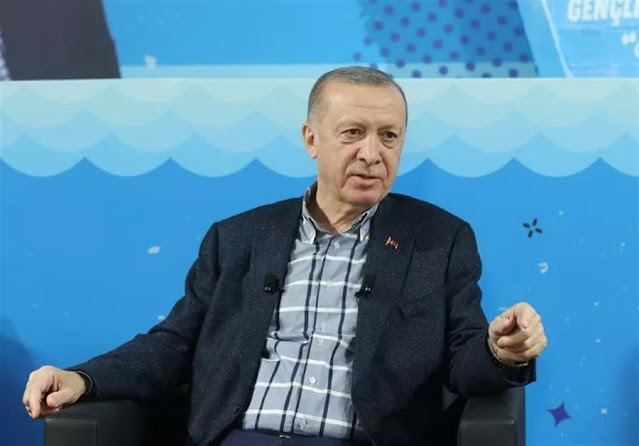 Erdoan said this of course not because he really loves peace. As is known, Turkey is still occupying parts of Syria that were captured through military aggression since 2016.
Erdogan explained that relations between Turkey and Russia are now better than at any time in history.
This development allowed the two countries to seriously increase the volume of trade.
Turkey's cooperation with Russia on strategic products is strong, especially with regard to natural gas supply.
Production at the Akkuyu Nuclear Power Plant, a joint project of Ankara and Moscow, will start in 2023.
“Maybe we will build a second nuclear power plant with Russia. Nuclear energy, as well as natural gas, is essential in connecting us to one another. In my opinion, this is the most important pillar of foreign policy," Erdogan said.
He also revealed his plans to visit Ukraine this month and that Russian President Vladimir Putin will come to Turkey in the near future.
Erdogan has said on several occasions that Turkey is ready to host Russian and Ukrainian leaders to help ease tensions between Moscow and Kiev.