President Volodymyr Zelenskiy has signed a decree on the addition of 100,000 Ukrainian troops over three years. He also promised to increase the salaries of soldiers.
The Ukrainian armed forces are outnumbered and armed by Russia. But military experts say Ukrainian resistance would be significant if Russia did invade. There would be many casualties if war broke out there.
According to experts, the Ukrainian army is better trained and equipped than in 2014, when Russia seized the Crimean peninsula from Ukraine without a fight. Now the situation is different. Ukraine will defend the heart of the country to the fullest. 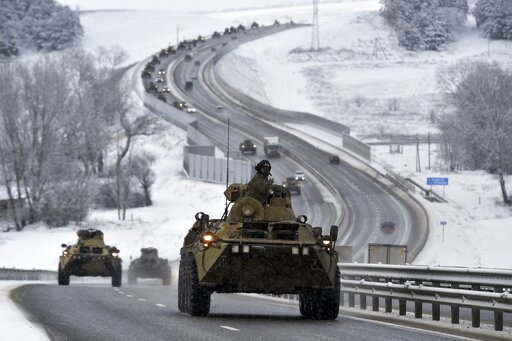 Compared with Russia, the number of Ukrainian troops is far behind. Russia has about 100,000 stationed near the Ukrainian border even though Moscow says it is not planning an invasion. Russia has also transferred some troops to Belarus, north of Ukraine, for military exercises.
The Russian army has about 280,000 personnel and its combined armed forces total is about 900,000, while its 2,840 battle tanks are three times more than Ukraine's, according to the London-based International Institute for Strategic Studies (IISS).
Ukraine's prime minister said the decree signed by President Zelenskiy would increase public interest in joining the military. This will increase the number of members of the army to 361,000 personnel.
Meanwhile, Ukraine has doubled its defense budget in real terms. Total defense spending in 2020 amounted to just $4.3 billion, or one-tenth of Russia's.
Apart from the regular army, Ukraine has voluntary territorial defense units and about 900,000 reservists. Most are adult males with at least basic military training. If you try to attack Ukraine, Russia will be met with fierce resistance.
The military challenge will be far higher than any previous war Russia has waged since the collapse of the Soviet Union, including in breakaway Chechnya in the 1990s and against Georgia in 2008.