The United Nations (UN) will start a system of exchanging dollars with Afghanistan's local currency this February. The currency exchange system aims to overcome the economic and humanitarian crisis since the Taliban returned to power in Afghanistan.
Ummatimes - According to internal UN records seen by Reuters, the cash exchange will be made through the Humanitarian Exchange Facility (HEF) system. The United Nations hopes that the HEF can begin to run actively this February.
"Prior to the establishment of the (HEF) facility, we attempted to facilitate some trial exchanges, to demonstrate how the mechanism would work properly," the UN internal note said. 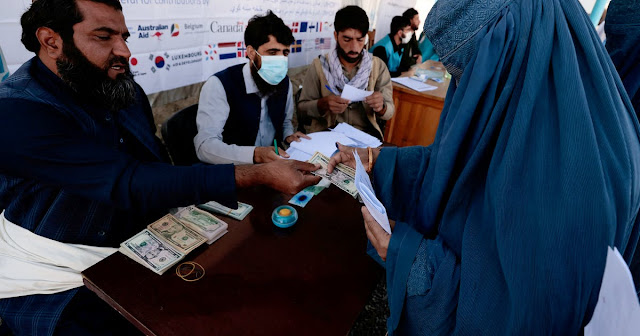 UN and humanitarian officials warned that the HEF would be a temporary mechanism until Afghanistan's central bank began operating independently and the US$9 billion of frozen foreign reserves abroad were released.
The HEF will allow the United Nations and aid groups to access Afghanistan's local currency, the afghani. Instead, the United Nations will use dollars to pay foreign creditors, thereby strengthening the sluggish private sector. The United Nations will also pay for imports of essential commodities in dollars.
"The flow of facility funds (HEF) does not require the movement of funds across the Afghan border," the UN note said.
According to UN records, the HEF will require approval from the Taliban-run central bank for the flow of funds and exchange rates deposited with the Afghanistan International Bank (AIB). Since the Taliban took over Afghanistan, the United States froze the reserves of Afghanistan's central bank. In addition, Western financial institutions and donor countries have suspended financial assistance for Afghanistan's development.
Afghanistan's economy has continued to deteriorate and the inflation rate for basic household goods stood at nearly 42 percent in January. The World Bank on Wednesday (8/2/2022) said wages and demand for labor in Afghanistan continued to decline. Afghanistan's imports also fell 66 percent compared to the previous year.
Graeme Smith, a senior consultant for the think tank International Crisis Group, told the US Senate Foreign Relations Committee that cash exchange facilities were urgently needed to tackle the economic crisis in Afghanistan. However, the HEF mechanism is only used as a temporary measure.
"No one should be under the illusion that this replaces the normal functioning of the central bank," Smith said.
Taliban leaders have banned the use of foreign currency in Afghanistan. The United Nations has sent aid amounting to 100 US dollars. But Afghanistan's central bank has not exchanged it for the local currency. As a result, the total cash disbursed by the United Nations worth 135 million US dollars was deposited in Afghanistan's central bank. A UN official said the funds were kept in the AIB safe in Kabul. AIB is a private bank that will play a role in the new cash exchange system.
World Bank and United Nations officials have sought to finalize HEF mechanisms, including risk assessments, seeking US Treasury licenses to protect international banks from sanctions, and hiring private companies to vet participants and guard against money laundering.
The head of the International Rescue Committee, David Miliband, said the consequences of Afghanistan's economic crisis could be devastating to people's lives. He called for changes in US and international policy towards Afghanistan.
"Current policies will mean that the hunger crisis is killing more Afghans than the wars of the last 20 years," Miliband said.