Russia and Ukraine are still fighting each other even though President Vladimir Putin is sickly.
In fact, Putin appointed Nikolai Patrushev to lead the attack on Ukraine while he was undergoing cancer surgery.
Ummatimes - Nikolai Patrushev is Secretary of the Russian Security Council, an influential body that answers directly to Putin, and issues guidance on military and security issues.
Despite continuing to be pounded with attacks, the President of Ukraine, Volodymyr Zelensky, did not want to budge.
Zelensky also put up his body and was willing to give in when he found out that Putin was sick. 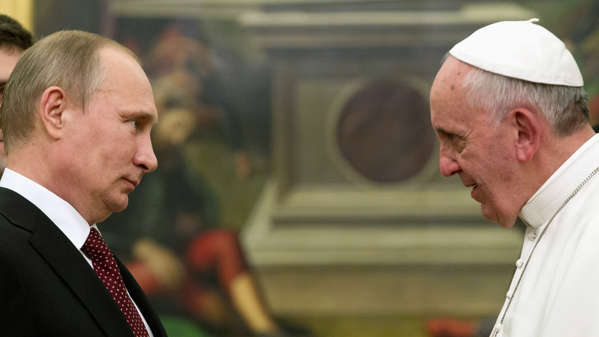 The Russians have submitted a peace treaty. But Zelensky flatly refused.
It was later revealed that Russia's aggression against Ukraine was inseparable from a provocation from NATO.
The fact that makes the war longer and continues to occur.
Worse yet, NATO and western countries as well as the United States which then supply weapons to Ukraine.
Of course it will only make the war longer and continue to happen.
That's why it's necessary to meet Vladimir Putin in person.
Pope Francis said in an interview.
He emphatically said that Russia's aggression may have been provoked by NATO's expansion and the West's attitude towards Russia in general.
Speaking to the Italian news agency Corriere Della Sera, Pope Francis said NATO was barking at Russia's doorstep.